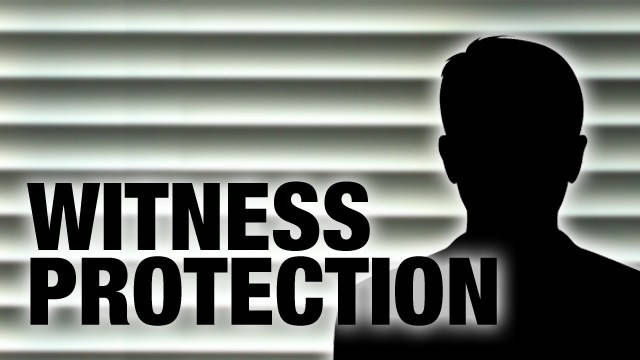 At a press conference in July, the Commissioner of Police in Barbados, Tyrone Griffith, updated his citizenry on the state of crime and violence in that country. He highlighted a disturbing trend of the bravery of criminals to “exact revenge or settle disputes” in public places. He also noted that his lawmen are finding more crimes–particular murders — are being committed with the use of illegal guns.

The Barbados top lawman also lamented another modern trend: fewer people in the Barbadian society are willing to come forward and provide useful information to the police as they investigate and attempt to solve particularly violent crimes. Griffith commented that no society should reach a place where murderers and criminals feel embolden because witnesses or the public feel afraid to give information to the police because of “fear, perceived consequential physical violence, greed or other inducements”.

This should never become the norm in a society, he declared

It is interesting to note that around the same time, the Barbados Royal Police Force (BRPF) was having this press conference, the prime minister of St Vincent and the Grenadines was also having a press conference in which he basically echoed some similar opinions on crime, criminals, the judiciary and the growing lack of willing witnesses to testify under oath in the law courts.

One of the things the Vincentian prime minister highlighted is that some accused individuals have been having their cases dismissed because the witnesses get to court and suddenly have amnesia — they cannot remember what they had previously given the prosecution on record. Or, they get to court and give a totally different version of events than what they had initially told the police immediately after the crime(s) had been committed.

The above illustrations from these two neighbouring countries indicate that more and more of our citizens are indeed afraid or not interested in going to court to testify in order to serve the due process of the justice system. It does not mean that all such witnesses have decided to refuse to cooperate with the police. No, not at all. On the contrary, the average citizen is beginning to see that in a real sense the current system of fighting crime is much too inadequate in providing for the safety and security of witnesses, who are basically putting their lives on the line in an attempt to bring perpetrators of crimes to justice.

Anyone who has been following the developments in the courts will tell you that they know of instances where, time and time again, persons accused of murder or other violent crimes, have walked out of court as free individuals because the witnesses didn’t show up to testify, or the witnesses changed their account — or the witnesses have disappeared (were murdered).

I believe a similar situation very well may exist in other Caribbean islands as well. Therefore, it is time for our legal practitioners and other stakeholders in the management of crimes come face to face with this truth:

Our witnesses are vulnerable, helpless individuals who need practical protection, empowerment, anonymity and safety in order for them to survive to their appointed court date and be brave enough to willingly testify.

We need a revolution in crime fighting.

Persons who have over the years reported matters to our police would no doubt have felt that vulnerably conscious moment when you face the very first question from the police: “What is your name?”

However, I was heartened to hear recently that the police assured the public that any information given would be treated confidentially. That is a step in the right direction. Not only should a fully confidential and anonymous crime hotline be in operation, but it also should become known to every citizen as though it were their second contact number.

It is my opinion that the time has come for CARICOM leaders to put the creation and execution of a Caribbean-wide witness protection programme in place. It is common knowledge that each of our islands is so small that “everybody knows everybody”. How wonderful it would be if our CARICOM leaders for once could agree on something of critical importance to all our people! If only such a historic witness protection programme can be put on the 2020 agenda as well.

One of the reasons Jamaican police had such a hard time finding or capturing Christopher “Dudus” Coke in Jamaica in 2010 was that the majority of the average villagers in his community actively offered the reputable drug lord their assistance and protection. Why did they do that? To them the wanted man was not a criminal, but their breadwinner and chief economic support. He sponsored their rent, the exam fees and other school related expenses for their children doing CSEC/CXC. In the end, it was a member of the community who persuaded Dudus to turn himself in to the police.

I say that to say this. Our a CARICOM witness protection programme must also be able to supply potential witnesses with their most urgent needs which otherwise left unmet would only increase the likelihood of the witness becoming unwilling to testify.

In such a programme as well, one of the first forms of protection and assistance must be the relocation of the individual(s). For example, a witness to a violent crime in SVG should be able to be relocated in Dominica. Similarly, a witness from Trinidad can be relocated to St. Vincent (or one of the paradise islands of the Grenadines). Our CARICOM leaders can help to ensure that such witnesses can become involved in suitable employment. They should be able to operate under a new identity (different name) as well.

Of course, there would be a cost to running such a programme. But can we imagine the cumulative impact on crime and violence in the long run as such witnesses are brought back to testify and actually fulfil their pledge in making justice possible for the surviving friends and family members of the victims of crime. Or, maybe they can testify via video link so that they do not need to be physically present in court.

The Barbados commissioner of police is right when he said that criminals are getting bolder and braver because they believe they can commit crimes anywhere anytime. He’s also right that fewer ordinary citizens are feeling safe enough to come forward as witnesses. It is clear that we cannot continue to fight crime as usual. The implementation of a CARICOM witness protection programme is just a drastic measure in response to drastically growing criminal elements that are paralysing our justice system.