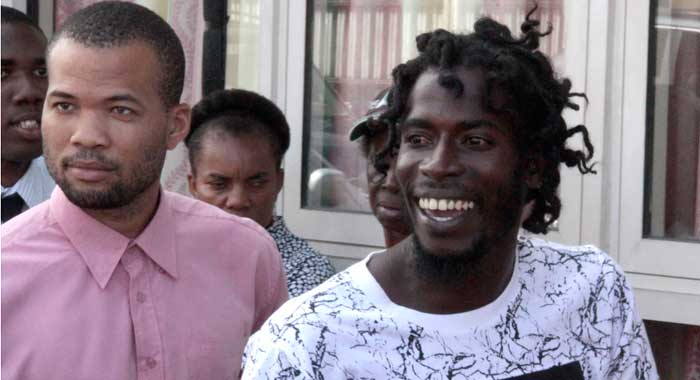 The Rockies man for whom police issued a wanted bulletin last Friday has been brought before the court on robbery and rape charges.

The arraignment of Abdul Garrick, a 25-year-old-labourer, at the Kingstown Magistrate’s Court was held in camera because of the sexual offence charge.

But the man was in high spirits as several detectives escorted him to court.

He greeted several persons outside the court and told reporters, “Don’t take pictures of the chargee,” as he was being photographed.

Police arrested Garrick in Rockies last Friday, hours after issuing a wanted bulletin for him.

Police said on Monday, that Garrick has been charged that on July 19, 2018, at Sion Hill, being armed with a gun, robbed Dwayne Bacchus, 26, unemployed of Sion Hill, of a quantity of items valued at EC$330.

One reply on “Wanted man nabbed, charged with rape, robbery”