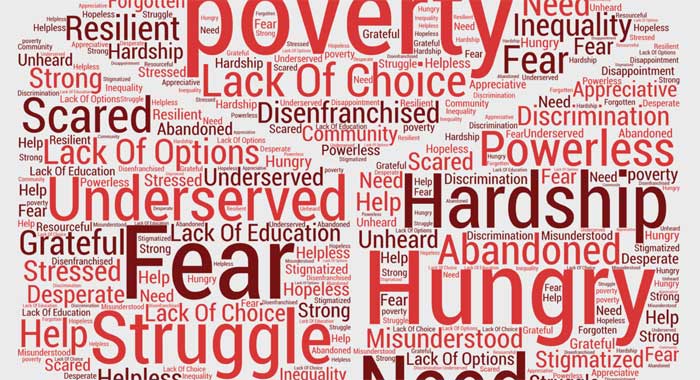 Even before a full reform of the pension system in St. Vincent and the Grenadines, some workers are already “retiring straight into poverty”.

So says Elroy Boucher, president of the Public Service Union (PSU), who told the media on Monday that trade unions have been meeting to discuss their response to the government’s proposal for pension reform.

Labour unions representing public sector workers agree with the government that the current pension system in which some workers retired with a pension higher than their salary, is unsustainable.

However, differences have emerged between the unions and the government about how the situation is to be addressed.

Prime Minister Ralph Gonsalves has said that the handling of pension reform can result in a class war in SVG.

At that time, the pensionable age moved from 60 to 65.

He said that the union has since discovered that those reforms were not in the best interest of the workers.

Some 2,000 public officers are not entitled to a government pension, but only a NIS pension.

“And what we discovered is that upon retirement at age 60, they have to wait up until 65 to get their pension,” Boucher said.

“If they [make] more than 15 years’ contribution, they get a pension beginning at 30 per cent of their salary. Most of these 2,000-plus public officers are the lower salaried workers and when we examine the figures, … after working the regular year: 30 years, 32 years, … the most they might reach is 47 per cent.

“So, what we have is that a number of public officers are retiring straight into poverty after working so many years serving the public”

Boucher said that the 40-something per cent that they get as a pension is “insufficient to allow them to live a quality life.

“It’s not enough. But, to compound it, for every year they take their pension early, the lose 6 per cent.

“… What has been happening is that these workers have been retiring and in the interim, because they don’t have a government pension, they have no income up until NIS kicks in. no income and they cannot afford to even take it early, because they are losing so much.”

The union leader said that one of the government’s proposals for pension reform is to increase the retirement age to 65.

“It is the union’s position that at the time these reforms were done by NIS, the government should have seized the opportunity to move the retirement age for public officers in line with NIS. That is the practice across the Caribbean so that when workers retire, upon retirement, they immediately have their pension.”

Boucher said that the management of NIS has stated publicly that that is what they had expected to happen at the time that NIS made their changes.

He said the union told the prime minister that this is affecting public officers negatively.

“Because they are retiring and they are struggling, they cannot make ends meet and their lives would deteriorate as regards their health, because the pension they are getting is small, much less to having to wait a few years with no income before they can get it.

“We cannot, in today’s society, sit back and watch our brothers, sisters, mothers, fathers, retire into poverty after giving so many years of service to St. Vincent and the Grenadines. It is cruel to think what is happening to those workers, and it is happening to them because of the actions of the government, because that could have been remedied a long time ago.”

Boucher said that moving the retirement age could be done in isolation from the general reform that the government wants to do with the public service pension.

“It can be a stand-alone action. And they need to do something. If they are not going to change it, then they need to allow these workers to work until the NIS [pension] become available. It is only fair for persons who have given so much of their life to service the public,” he said.

4 replies on “With pension reform, workers ‘retiring straight into poverty’”