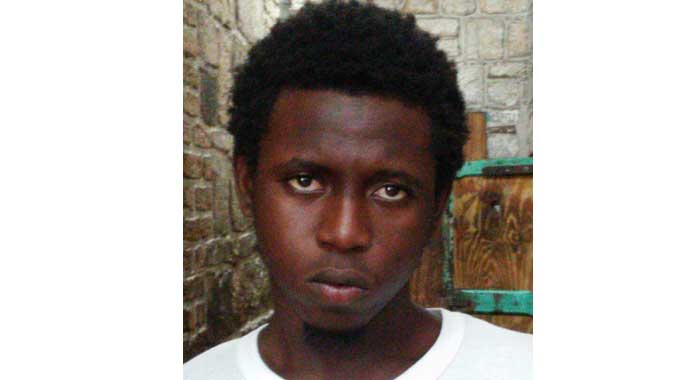 An 18-year-old Trinidadian man who came to St. Vincent and the Grenadines illegally in March says he did so because two rival gangs had threatened to kill him.

The man, Shaquille Brandon Miller, was arrested in Layou, a town on St. Vincent’s southwestern coast, on Friday and brought before Senior Magistrate Rickie Burnett at the Kingstown Magistrate’s Court on Monday.

He was charged with entering St. Vincent and the Grenadines without a passport, disembarking other than at a port of entry, and disembarking without the permission of an immigration officer.

He told the court that there are two rival gangs in Trinidad, namely Rasta City and Muslim City.

Miller said that he was born and grew up in San Juan, Laventille, a Rasta City area.

He, however, said that his house was burnt in December 2015 so he moved to Oropune Gardens, a Muslim City area, to live with his grandmother, who was born in St. Vincent.

The man said that his grandmother heard from a friend that the gangs were saying that Miller is associated with each other and that both gangs were planning to kill him.

“I agree to it. Me life in threat so ah must agree to it,” said Miller, who also told the court he came to St. Vincent in March 2018.

He said that in Layou, he was renting a house from his aunt, but the aunt had a disagreement with his grandmother, who was supporting him.

The aunt called the police, but when they went to the house on an early morning, Miller was at his girlfriend’s – a mother of a 2-year-old child whose father is deceased — he told the court.

He said his “soldier” told him what had happened.

“A soldier is a friend; a good one. He check for me,” Miller told the court when asked why he calls his friend “a soldier”.

Miller said he told his friend that he was not going to run from the police.

He told the court that he saw the police coming and he did not run and when they told him he was under arrest, “I tell them, ‘Yeah. Leh we go.’”

The man said that since coming to St. Vincent he has been surviving “through meh grandmother”.

He also said he worked off and on.

“I tell you what, the explanation that was given by you is one that appears to be correct, because, fortunately, I follow what is happening in Trinidad.”

Asked if he has been following what has been happening in his country, Miller said he has been doing so through social media.

The magistrate asked him the name of the Prime Minister of Trinidad and Tobago and he said, “Dr. Keith Rowley”.

Miller, however, corrected himself when he said the Commissioner of Police was “Officer Carmona or something like that, I don’t know his name”, adding, “Nah, that’s the president, sorry.”

The youngster said that if he is deported back to Trinidad he would go to another section of the country, where another relative lives.

The magistrate told the man that if he has to come to St. Vincent, he cannot “just slip in like that”.

Miller told the court that he has a girlfriend in St. Vincent, who is the mother of a 2-year-old baby whose father is deceased.

The magistrate said, “Mr. Miller, if you want to come back to St. Vincent, you are welcome to do so anytime, but you do it properly, use your passport, your ID card, either come in at the airport or one of the seaports. You understand? You can’t just slip into St. Vincent like that.”

Burnett who had earlier referred to “sweet SVG”, told Miller that he is going to order that he be deported “to sweet T&T”.

“I wish you all the best,” the magistrate said.

“I will not impose a fine because you seem unable to pay any fine. I will spare you that one,” Burnett further said.