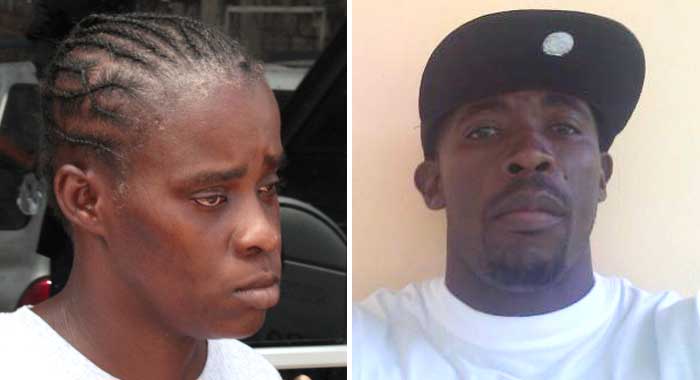 A case that came before the Kingstown Magistrate’s Court on Monday highlights some of the reasons why people stay in abusive relationships, especially when the abuser is the breadwinner in the home.

A Vermont woman, Keziah Bascombe, told Senior Magistrate Rickie Burnett that she wants her husband’s repeated abuse of her to stop, but was adamant that she did not want him to go to prison, not even for one week.

According to Mrs. Bascombe’s account, her husband, David Bascombe, has abused her repeatedly for years, including over the 15 years that they have been married.

After filing several reports with police, she decided to follow through on the case filed in connection with his abuse in April, which left her hospitalised after her husband pushed her to the ground, causing her to hit her chest and head and lose consciousness.

She told the court she wants the abuse to stop and that her husband needs to be taught how a man should treat his wife.

Mrs. Bascombe also wanted the court to punish her husband but said she did not want him to be sent to prison, not even for one week.

In the end, Burnett decided to remand the abusive husband to prison for two weeks while he decides his sentence.

Mr. Bascombe told the court that he was guilty of a charge that on April 13, at Vermont, in circumstances likely to cause a breach of the peace, he made threats to his wife, Keziah Bascombe, to wit,” Ah go kill yo. Ah go kill yo’ dead.”

He also pleaded guilty to a charge that on the same date and at the same location, he assaulted his wife, by pushing her to the ground, occasioning actual bodily harm.

According to the facts presented by the prosecution, the Bascombes live together in the same house. On April 13, about 3 p.m., she washed and hung some clothes on the line then went away.

About 6 p.m. when she returned home, the clothes were still hanging on the line, so she asked her daughter why did she not take up the clothes.

Mrs. Bascombe got annoyed and struck her daughter in the back with her hand.

Mr. Bascombe, on seeing this, got annoyed and pushed his wife to the ground, and threatened to kill her.

The matter was reported to the police resulting in Mr. Bascombe being charged.

Mrs. Bascombe told the court that even before they got married, Mr. Bascombe continually ill-treated her, and now treats her as if he does not love her.

“People don’t treat animals like how he does treat me,” said the woman who speaks as if she has a speech impairment.

She told the court her husband needs to stand up as a man, adding that she doesn’t want her children to treat their spouses that way when they grow up.

The woman further complained that her husband curses for everything, and bad mouths her with his relatives.

She said she does not want her husband to be imprisoned because he is the breadwinner, but she wants the abuse to stop.

Mr. Bascombe has been working with the Central Water and Sewerage Authority as a labourer for a year and a half.

“The reason I bring him here, let him learn manners and respect. He needs warning and he needs counselling.”

The magistrate commented that those matters are never easy and are “sometimes depressing”.

He asked Mrs. Bascombe if she would want her husband to go to prison for one week to teach him a lesson and she said no.

“He is my husband,” the woman said but hastened to tell the court that whenever something happens in their house, her husband runs to his mother, and his family is always in their marital affairs.

The prosecutor told the court that it could explore the possibility of the couple going to the Family Court in this regard.

Mrs. Bascombe said she had gone to the Family Court before with the same complaint about the abuse.

The court further heard that Mrs. Bascombe attends church, while her husband does not.

Additionally, she had told her current religious leader, the cleric at House of Israel, a Spiritual Baptist congregation, where she now worships, about the marital problems, but it “makes no sense”.

Counsel Grant Connell, who was at the bar table but was not involved in the matter, said that many women do not cry out about the abuse they face because they accept it.

“If I was sitting there, he would not hit her again after my sentence,” the lawyer said.

“If you can go to jail for compressed bush–” said the lawyer, an advocate for the legalisation of marijuana, in reference to that plant.

Mrs. Bascombe told the court that she was planning to move out from their marital home and would go looking for rented quarters after the court proceedings.

The woman said that after her husband pushed her down, she had “12 drips connected to her”, a reference to being given fluids intravenously in hospital.

“You are taking all that abuse and telling me not to punish him. Listen to me, he will kill you!” the magistrate told the woman.

Mrs. Bascombe said she wanted her husband to be punished but did not want him to go to jail.

She said she did not know.

At this point, the prosecutor commented, “If he dies, what happens? – God forbid.”

The magistrate then told Mr. Bascombe that he is minded placing him on remand for two weeks until he makes up his mind about the sentence.

What about my side?

However, at this point, Mr. Bascombe complained that the magistrate had not heard to his account of what happened.

The magistrate told him that he had already pleaded guilty to the charges but allowed him to speak.

In his comments to the court, Mr. Bascombe said that after washing the clothes, his wife went to her sister’s and the rain came, wetting them again.

He said that when his wife returned home, she called their daughter and “and let go a hard thump in her back”.

The man said that when he rebuked his wife and accused her of abusing the child, Mrs. Bascombe thumped their daughter again and this is when he pushed her, causing her to fall.

Mr. Bascombe was, however, unable to say with what force he pushed his wife.

“You were unconscious for a while, it seems,” the magistrate told Mrs. Bascombe, as he reviewed the medical report.

“CT scan was ordered, loss of consciousness,” he further said, quoting the report.

But Mrs. Bascombe contested her husband’s version of the events. She said her husband pushed her as she was going outside and that she was on the ground for a while.

She said that when she came to, she saw her husband standing over her, saying he would kill her, and she heard his brother shouting at him, telling him to leave her alone.

Mrs. Bascombe told the court that her husband cannot be trusted, adding that their daughter is closer to him than to her.