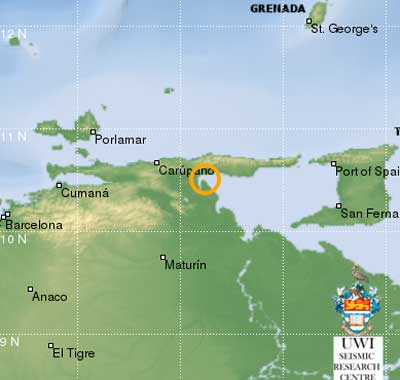 The earthquakes occurred at latitude 10.51 north and longitude: 62.76 west at a depth of 73 kilometres, according to preliminary data released by the University of the West Indies Seismic Research Centre, located in Trinidad.

In SVG, the earthquake was felt across the country, according to responses to a post on the iWitness News Facebook page.

Many persons commented about the duration of the earthquake, saying that it lasted for a rather long time.

There were no immediate reports of injury or damage to property as a result of the tremor.

iWitness News has received reports of the quake being felt in Trinidad and Tobago, St. Lucia, and Barbados.