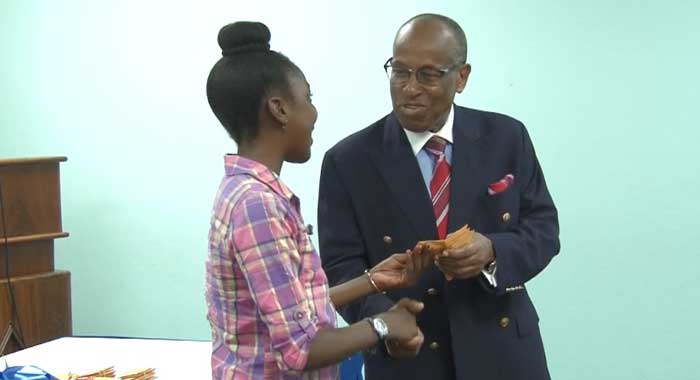 Ninety disadvantaged students in St. Vincent and the Grenadines are now in a better position to return to school in September, thanks to bursaries received recently from the Vincentian diaspora in the United Kingdom.

The bursaries were received by students and parents on Friday at a ceremony held at the Ministry of Foreign Affairs in Kingstown.

Chairperson of the proceedings, Deputy Director of Foreign Policy and Research, Doris Charles, read a letter from SVG’s High Commissioner in London, Cenio Lewis, in which he urged recipients to remember the donors who worked hard to earn their income from which they made their donations.

Among the donors, he said, are pensioners in the UK Vincentian diaspora who are hoping the students will work diligently to acquire their education.

He told the parents and students in attendance, that these donations are as a result of what the Lord has placed on loving kind hearts to make their lives better.

He thanked Lewis and Charles for mobilising the resources to send to this country.

The deputy prime minister also implored parents to work hard with and help their children.