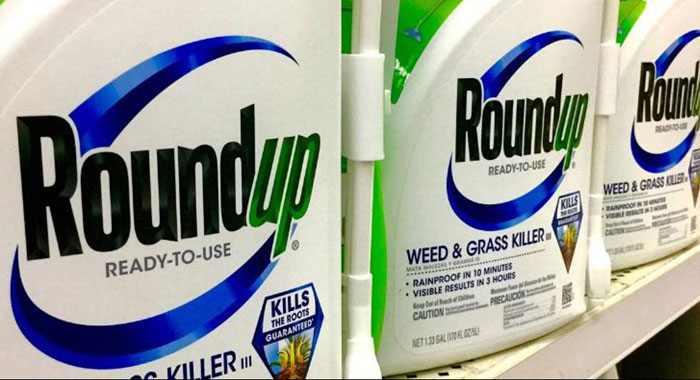 The government of St. Vincent and the Grenadines has announced that it is suspending the importation of the weedicides Roundup, Touchdown and Glyphos and any chemical containing the active ingredient glyphosate.

In March 2015, the World Health Organization’s International Agency for Research on Cancer concluded that glyphosate is a “probable” cause of cancer.

Glyphosate is at the centre of an ongoing court case in the United States in which a former school grounds keeper has blamed Roundup for his cancer.

The ban in SVG comes just under three years after the small Democratic Republic Party called on Kingstown to ban the importation and use of the chemical.

The Ministry of Agriculture said that the suspension is based on the advice of the “Pesticides Board” and will continue, pending “a technical review”.

“A preliminary review was conducted by the Pesticides Board which revealed that further research is needed regarding these listed chemicals.

“In the interim, a special technical committee was established to advise on sustainable alternatives to the listed chemicals. This committee is expected to present its findings by October 1st, 2018,” the Ministry said in a statement.

The statement said that the ministry has asked the Caribbean Agriculture Research and Development Institute, the Food and Agriculture Organization of the United Nations and the Inter-American Institute for Cooperation on Agriculture to conduct a full chemical analysis of these products.

“The Minister of Agriculture, the Hon. Saboto Caesar, has called on all stakeholders to be appreciative of the suspension on the importation of these chemicals in light of the nation’s quest to promote a safe working environment and good agricultural health and food safety practices,” the statement said.

In the campaign for the December 2015 general elections, DRP leader, former senator, Anesia Baptiste, said there were chemicals being sold and used in agriculture in SVG that have been proven to cause cancer, infertility and other health issues and should be banned.

She also called for a ban of genetically, modified organisms and genetically engineered seeds in agriculture.

She identified Roundup, Monsanto’s branded version of the herbicide glyphosate, and Touchdown Ultra, another brand of the chemical, and Malathion, which is used to spray mosquitoes as chemicals that should be banned in SVG.

In the statement announcing the suspension, the ministry said it will launch a national sensitisation programme with all stakeholders within the sector.”

The statement said that the Department of Labour takes this opportunity to remind farmers and farm workers of the duty of care needed while using all chemicals.

“All employers must provide protective gear and a safe working environment for employees in accordance with the Laws of St. Vincent and the Grenadines,” the statement said.

One reply on “Gov’t suspends importation of ‘Roundup’ weed killer”