Another security guard stabbed to death 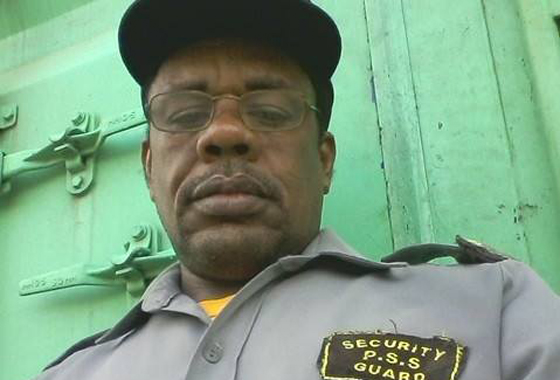 The main opposition New Democratic Party on Monday noted that the discovery on Saturday, Sept. 1, of the body of St. Vincent and the Grenadines’ latest homicide victim, has brought the body count so far this year to 23.

“The regularity of homicides in SVG is of great concern and is contributing to a pervasive climate of fear throughout the country. It leaves no doubt that we are in a crisis,” the party said in a press statement.

On Tuesday, police said they are investigating the stabbing death of Rodney George, a 50-year-old security guard, of Victoria Village, which occurred between 11:30 p.m. on Aug. 31 and 11:28 a.m. on Sept. 1, at Villa.

According to reports, some unknown person(s) caused Rodney’s death by stabbing him about his neck with an unknown object, police said.

George became the second security guard to die in SVG after being stabbed in just under two weeks.

On Aug. 20, about 7 a.m., Brenda Layne, a 48-year-old security guard of Rillan Hill/Chauncey, died after being stabbed once in the neck by a male assailant in Kingstown.

The attack was captured on CCTV and police have since charged Kesean Cain, a 19-year-old resident of Diamond with murder in connection with the woman’s death.

In its press statement on Monday, the NDP said that notwithstanding the statistics regarding the increase in the number of homicides, Prime Minister Ralph Gonsalves and his Unity Labour Party “have continued to downplay the concerns of Vincentians about the matter.

“They have tried to relegate the harrowing instances of random shootings to drunken brawls and love triangles. Certainly, like the ‘emperor without clothes’, Dr. Gonsalves and the ULP are out of touch with the reality of people’s lives.”

The NDP further accused the government of dismissing the fears of the people and describing them as “’scaremongering”.

It further said the administration has “descended to sending veiled threats about ‘spreading fear and alarm’ to those who speak of their fears.”

The party restated a call it made last week to Gonsalves, who is also Minister of National Security, to address the nation on his government’s plan to deal with “the worsening crime situation in St Vincent and the Grenadines”.

In the meantime, the NDP said it urges the Vincentian public “to remain united as it is only through our caring and concern for each other can we come through this crisis. It will take strong, united and caring communities to confront and address this crisis of crime and violence.

“We encourage anyone with information that might assist the police in their investigations to provide it to the police.  Further, the NDP reiterates its call to the police to redouble their efforts to bring the perpetrators to justice,” the party said.

Speaking at a press conference alongside Gonsalves on Monday, acting Commissioner of Police, Colin John, for the second time in as many weeks, said that the perception of crime in SVG does not reflect the reality.

“The perception of crime, in my opinion, is worse than the reality. But, notwithstanding that, we, as the police officers and the police high command, we have to do whatever legally it takes to ensure that the citizens of St. Vincent and the Grenadines, not only that they are safe but that they feel safe when going about their business.”

John said police have stepped up their patrols and have been doing it in more innovative ways, but declined to supply detail, saying police cannot alert criminals to their crime-fighting strategies.

The police chief said that the constabulary has been advising businesses about crime prevention methods, have been conducting targeted searches of specific persons, based on intelligence, and had been “going on some of the block and shaking up, for want of a better word, persons who we know are likely to have weapons and drugs and things of that nature.

John noted that police have charged persons in connection with the last four murders in SVG.

“The arrest rate in that regard is not too bad but we realize it is a work in progress and we cannot rest on our successes. As I often say, we are only as good as our last performance so we always have to make sure that we perform professionally at all times and that we always bring our A-game to every event.”

John was speaking at press conference at which the prime minister accused opposition leader Godwin Friday of focusing on “the episodic” and making “irresponsible” comments about crime in SVG.

2 replies on “Another security guard stabbed to death”