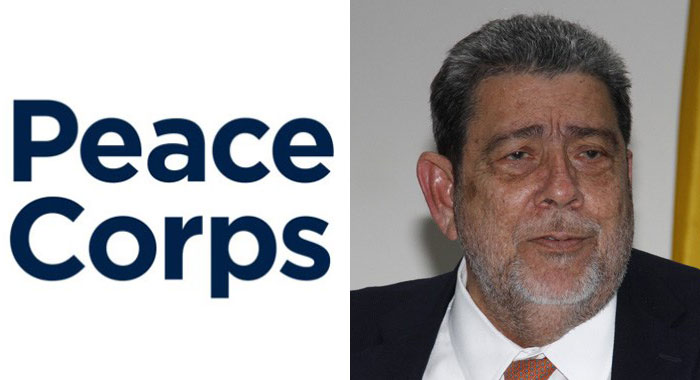 The U.S. Peace Corps volunteers who were removed from St. Vincent and the Grenadines last month, after one of them was reportedly assaulted, want to return to the country.

So says Prime Minister Ralph Gonsalves, who accused a regional website Caribbean News Now of publishing a propagandist article relating to the development.

The 23 volunteers were re-located to St. Lucia, where they had undergone initial training before arriving in St. Vincent on Aug. 16, four days before the alleged attack.

A 70-year-old female volunteer alleged that two Middle Eastern men, speaking with non-Caribbean accents assaulted her outside the Leeward Bus Terminal, towards the western end of Kingstown, about 7:30 a.m. on Aug. 20.

CCTV footage is said to show the woman in the area but does not record an assault upon her.

Speaking about the Caribbean New Now article, Gonsalves told a press conference in Kingstown on Monday:

The article had accused one of Gonsalves’ sons — who it did not name — of orchestrating the attack, during which, according to the website, the alleged assailant accused the volunteer of being a spy for the U.S. Central Intelligence Agency.

The prime minister has three sons, one of whom does not live in SVG.

Gonsalves said Peace Corps were established as volunteers in 1961 and that they have been accused of also providing intelligence.

“Well, in St. Vincent and the Grenadines, we run an open society. We don’t worry about things like that. Like I have said, the Peace Corps volunteers come here, they do good work, they are almost exclusively in teaching, in education, and they are quite liked in their communities.”

He said he had received reports that the volunteers want to return and are asking why they have been taken out of SVG.

The prime minister, however, said that is not a decision for his government. All I can say is how we feel about them…”

He questioned the origin of “this nonsense” that his government has been advised that the volunteers were agents for the CIA.

“I know what I know: that they are here and they do good work and we appreciate them. You think I will sign a letter of appreciation because of hypocrisy?” he said, referring to the certificate of appreciation that he says he personally signs for each volunteer when their tour of duty ends.

“I sign it because I genuinely feel that each of them has done good work to help us.

“I just can’t contemplate where all of this has come from. And it just indicates to the people that there are vested interests out there who are interested in undermining the government of St. Vincent and the Grenadines and in the process sully the good name of St. Vincent and the Grenadines, but they don’t care about that. They have their own little agenda – personal, political, call it what it will,” the prime minister said.