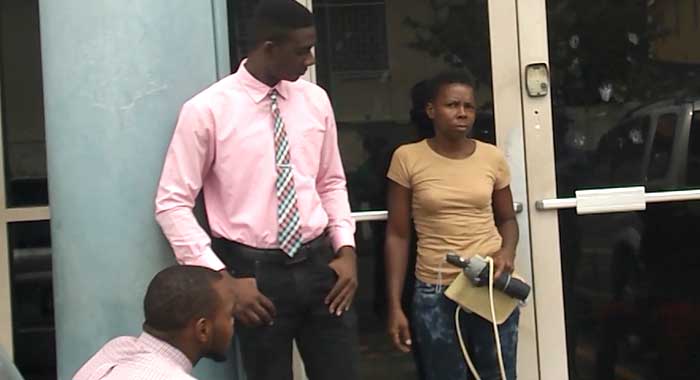 A Lowmans Hill woman was, on Monday, bonded by the Kingstown Magistrate’s Court for one year after she pleaded guilty to stealing cheese and other items from Massy Store twice in three days.

She further pleaded guilty to a charge that on Sept. 15, last Saturday, she stole from the same store two pieces of cheddar cheese, value EC$30.29, one bottle of Badlu Garlic and Parsley, value EC$50.38; total value, EC$80.67.

The woman did not have much of an explanation to give to the court.

She lives alone and does not have a family to provide for.

Further, she has been employed with a doctor for 16 years.

When Senior Magistrate Rickie Burnett asked the woman what she had to say for herself, Allen said that she was sorry and would not do it again.

She asked the court to allow her to pay for the items.

However, Burnett told her that if she wanted to pay the money then, she should have paid it to the store.

The magistrate said that more often than not, Vincentians only look at the value of the item stolen.

“It is more than the value of the item,” he said, adding that persons still steal from stores in Kingstown although they know they have good surveillance systems.

Allen was bonded for a year in the sum of EC$1,000. If she breaks the bond, she must pay the amount forthwith or go to prison for one month.