Another robbery charge for man accused of robbing minister’s wife 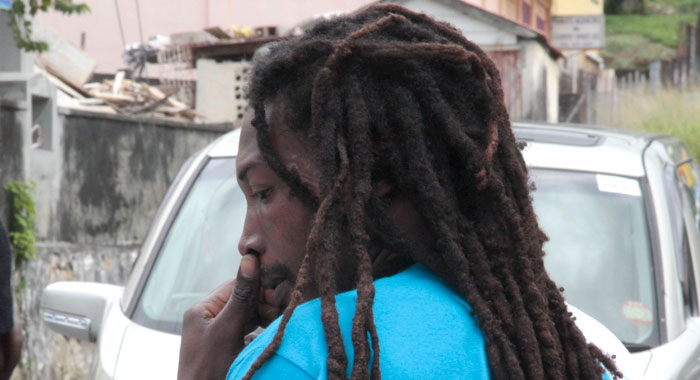 The Vermont man who is among three charged with last weekend’s robbery of the wife of a government minister has been slapped with a second robbery charge.

Glenville Harry, 34, a bartender, is charged that on Sept. 14, about 9 p.m., being armed with a gun, he robbed a resident of Villa of a quantity of items including EC$630 and US$115 in cash and at the time of doing so and in order to do so put the said resident in fear.

Harry was also charged for the unlawful and malicious wounding of Grafton McDowald, 47, a labourer, of Brighton, to wit “by striking him in his head with a gun on Sept. 14, 2018 about 9 p.m. in Brighton.

The Vermont man, along with Elroy Rogers, a 26-year-old labourer, of New Montrose, and Rocuan Robinson, 29, a mechanic, of Campden Park, are charged that on Sept. 15, at Cedars, being armed with a gun, they robbed Reisha Twana Browne-Caesar, of a quantity of items valued EC$10,350.50 and other documents.

Browne-Caesar is the wife of Minister of Agriculture, Saboto Caesar.

The men have been remanded into custody until Oct. 8, when bail will be reviewed.

In objecting to bail at the Kingstown Magistrate’s Court on Wednesday, Senior Prosecutor Adolphus Delpleshe said the charges are” “hinged to other investigations”.

Senior Magistrate Rickie Burnett set Jan. 14, 2019 as the date for the commencement of a preliminary inquiry.