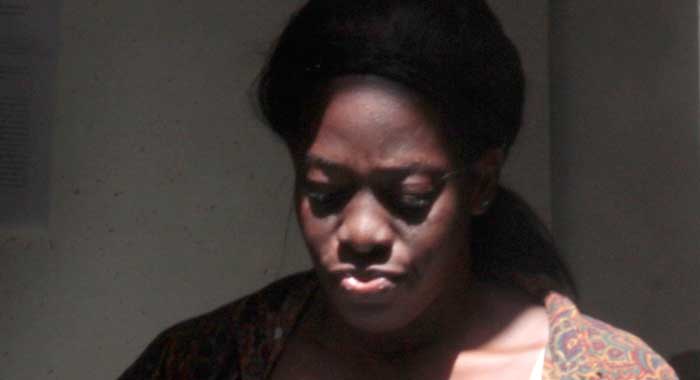 Jillian Charles has been jailed for damaging an apartment she once rented. (iWN file photo)

The woman charged with leaving more than EC$8,000 in damage at an apartment she rented has been jailed for her crime.

On Tuesday, Senior Magistrate Rickie Burnett sent Jillian Charles, 40, to jail for nine months after the court concluded that she would be unable to compensate the virtual complaint.

She had been granted EC$10,000 bail with one surety, but no one signed her bail bond.

The court heard that Cordelia Gibson has power of attorney over Simon Cooke Apartments at Frenches, which are named for the owner, who lives overseas.

On March 24, Charles contacted Gibson and signed a contract to let one of the apartments.

The contract included a downpayment, which Charles made, and a monthly rent of EC$900.

Between April 15 and 16, Charles moved into apartment and everything was intact.

Sometime thereafter, she told the management that she was no longer able to pay her rent and would be moving out.

But, the relationship between both parties broke down and on the night of July 24, Gibson and her husband, Marlon, who co-manage the apartment building were summoned there.

Another tenant told them that loud hammering was heard coming from the apartment.

The court heard that the Gibsons stood outside and listened to the hammering and sound of glass breaking.

When they went into the apartment the next day, Charles had moved out and there was extensive damage done to the property.

Charles pleaded guilty to the charge after asking that it be put to her again on Tuesday.

She told the court that she had not agreed to move out on the date mentioned by the management.

The woman told the court that the Gibsons would come to the apartment every two days, knock on the door and ask when she was moving out.

“I was literally tortured in that apartment,” the woman said.

She claimed that the apartment was haunted and caused her to have unnatural menstrual flows.

“On one occasion, I locked the door to retire to bed and the door opened by itself,” she said.

“I don’t know what possessed me,” she said.

At this point, the magistrate asked the woman if she wanted to go to the Mental Health Centre for evaluation.

She told the court that she had seen a doctor who diagnosed her as anaemic and in need of rest.

Charles said she concluded from her experience at the apartment that the Gibsons are “reading spell books”.

The magistrate responded: “That might have been your experience but what I am determining is the real case before me.

Charles told the court that she is a self-employed caterer who gets jobs intermittently.

She said her only assets are her furniture, which she said she left on her aunt’s lawn so that the rain can “wash off” whatever untoward thing that might be on them after her last tenancy.

The magistrate asked her how she would be able to return the apartment to its previous condition if she has no money.

“I have my furniture,” the woman told the court.

Charles said that she might be able to repay the Gibsons in a year and a half.

“They damage me too,” she said.

The magistrate, however, said that she should let the law deal with her claim.

“I will leave the matter to God,” Charles said.

The magistrate handed down the prison sentence after Mrs. Gibson told the court that it should decide on the appropriate punishment for Charles in all the circumstances.

iWitness News understands that the Gibsons, as well as another of Charles’ former landlords, have filed civil claims against her in relation to damage to property.

Charles was arrested in Kingstown as she was about to sign a tenancy contract with another landlord.

8 replies on “Former tenant jailed for damage to apartment”