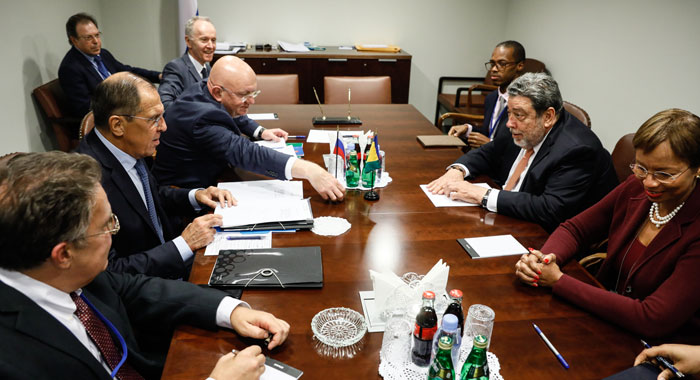 On Thursday, Prime Minister of St. Vincent and the Grenadines and Russian Foreign Minister, Sergey Lavrov, met on the sidelines of the 73rd UN General Assembly Session in New York.

“The discussion focused on the prospects for expanding bilateral relations, as well as topical issues of the regional and international agenda,” the Russian government said in a press release.

“Mr. Lavrov and Mr. Gonsalves signed an intergovernmental agreement on the terms of introducing visa-free travel for both countries’ citizens,” the terse statement further said.