Charges being drawn up against tax defaulter — Finance Minister 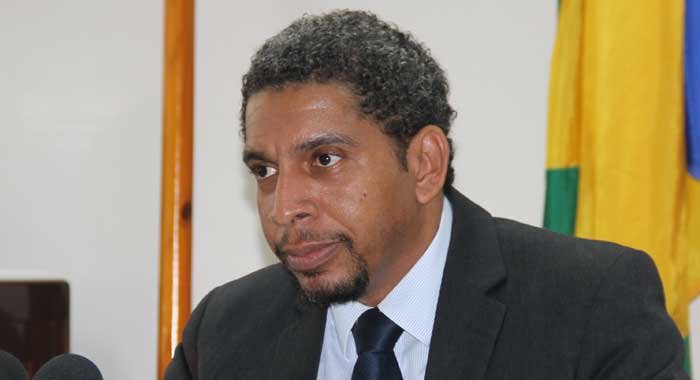 Only some EC$8 million was collected during the months-long tax amnesty that ended June 30, Minister of Finance, Camillo Gonsalves told a press conference in Kingstown on Monday.

He said his ministry is working to have legal proceedings begun against the defaulters.

Gonsalves, who became Minister of Finance last November, said in his first Budget Address in January that he had ordered the Inland Revenue Department “to pursue tax delinquents with renewed focus and vigour” this year.

The order came as the government moved to collect EC$169.9 million in unpaid taxes even as it has foregone EC$12 million in revenue as a result of a reduction in corporate and personal income taxes this year, he said.

But the finance minister told the media on Monday that only EC$8 million was collected from defaulters during the amnesty period.

“That $8 million falls short of what we expected to collect. Quite a few people did not take advantage of the amnesty,” Gonsalves said.

“Well, the second part of the amnesty deal, as I tried to explain at the time, is that if you don’t take advantage of the amnesty, we would have to come after you legally.”

He said his government’s first point of call would be entities that have not paid over value added tax receipts and pay-as-you-earn deductions.

“I want to inform today that we’ve given the necessary instruction for the Inland Revenue Department to contract with certain private lawyers here in St. Vincent and the Grenadines to bolster the capacity of the Inland Revenue Department to effect these collections. And we are starting with VAT and PAYE and those cases, those charges are being prepared now, they will be shared, of course, with the necessary authorities,” Gonsalves said.

“But, it wasn’t a bluff. There was an amnesty, we notified everybody of what they owned in VAT and PAYE as well as income tax — and income tax is something that can be negotiated and we will get there, but we are starting with VAT and PAYE and we’ve hired lawyers and the taxman cometh.

“So I want to encourage those businesses and individuals that now they owe VAT and PAYE in significant amounts, I want to encourage them to give Inland Revenue a call. There is still time for you to avoid the route of litigation, avoid making lawyers rich and let’s just pay what is owed in that regard,” the finance minister said.

In early January, Prime Minister Ralph Gonsalves said government would “tackle vigorously” the various businesses and entities that are not current with their taxes.

He said there is a lot of talk about how much the government owes the private sector but told the media that as at Dec. 29, 2017, the central government was owed EC$301.8 million in revenue.

Of that amount, EC$177.4 million is the base tax owed across all categories of taxes and the remainder is made up of penalties — EC$26.88 million and interest — EC$97.5 million.

Of the EC$177.4 million owed in base tax, just over EC$85 million was corporation tax, EC$28.5 million in VAT, and withholding tax EC$5.2 million, the prime minister said.