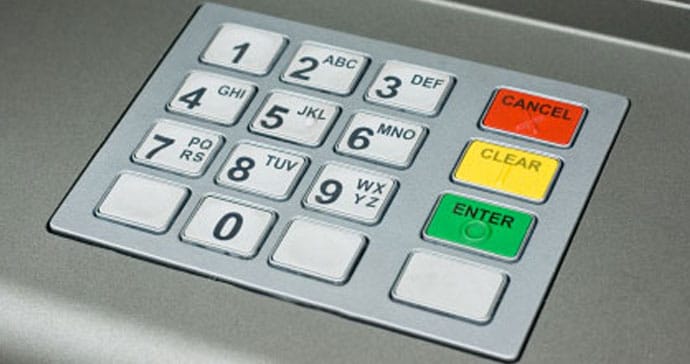 Some banks charge 2 per cent of the value of the money withdrawn, if the transaction takes place at another bank’s ATM.

Banks in St. Vincent and the Grenadines are “ripping off Vincentians in the use of ATM cards in particular,” says Minister of Finance, Camillo Gonsalves.

He said his ministry was still gathering data and he hopes to have a conversation with the banks about these charges associated with the use of ATM cards.

“But if the conversation doesn’t yield results, we will have to go to a legislative route in this regard and I just want to alert the public and the banks on this particular issue,” he told a press conference in Kingstown on Monday.

“Not to put too fine a point on it, but it has been brought to my attention that some banks in St. Vincent and the Grenadines are ripping off Vincentians in the use of ATM cards in particular.

“The charges run the gamut from acceptable to unacceptable and I have been gathering information on these issues and the information shocks the conscience.”

He said that SVG “is the most cash-dependent nation in the Caribbean.

Gonsalves, who became Minister of Finance last November, told the media that at the beginning of the year, he had a quiet conversation with the banks in the lead up to the budget process.

The banks told him it is “something peculiar about the Vincentian psyche, that Vincentians want to come in with their cheque book and they want to fill out the forms and so on, they want somebody to write on their little stubs and so on.”

The minister said he rejected that argument.

“… I don’t accept that we are so different from Grenadians or St. Lucians or Bajans or Antiguans that we feel a need to stand up in a bank line. I am sure that people will be happy to use ATMs and I encouraged them at the time to increase the number of ATMs and to make it more easy for people to get their money without going into a bank.”

The minister said that over the past few weeks people have been sharing with him screenshots showing a bank charging as much as 2 per cent of the value of a withdrawal if it is done at another bank’s ATM.

He said that someone was charged in excess of EC$50 for an EC$2,000 withdrawal, because the ATM used did not belong to the bank to which the customer belonged.

He said the bank of which the cardholder is a member charged EC$8 for using another bank’s ATM and the cardholder’s own bank charged them 2 per cent of what they withdrew, plus another EC$8.

Gonsalves said the modus operandi of banks is to charge people “a whole set of fees”.

He, however, said: “… but when you are getting into that sort of gouging, I think it is unacceptable.”

He said he had discussed the issue with Governor of the Eastern Caribbean Central Bank, Timothy Antoine.

“I am still compiling the data. Not all of the banks have responded to me but I have sent a questionnaire to all of the banks and from the credit union to the banks themselves, and they have been sending me what they do. And none of what they do now is currently illegal but we will have to make it so if we cannot have a useful and productive conversation with the banks.”

Hoping ‘people can vote with their feet’

The finance minister said he was not standing in the way of any bank to make money.

“I hope that people can vote with their feet. If one bank is out of whack in terms of fees, hopefully, customers would migrate to another bank, but, at the same time, some of these fees are very high and the promises that were made to the Ministry of Finance at the beginning of the year about increasing the number of ATM access points around the country, there have been no ATM machines added in the nine months since we had that conversation — not one.”

The minister said that when he asked about points of sale, one bank said at the beginning of the year that it had 150 terminals at various businesses. Since then, only five have been added.

“This is after they made a pledge to cut fees and to make it more attractive and so on. The fees haven’t come down, the marketing hasn’t gone up, there is a sort of a static behaviour here because the banks are making their money as is and I would like to encourage them to try and improve service to the Vincentian public on par with the service that they provide to the citizens of other countries in our vicinity.

“I am not asking for something special. But if you are an international bank, if you have a branch in St. Vincent and a branch in St. Lucia and a branch in Grenada, I don’t see why we have to get the shortest end of the stick. I think we should be able to expect and demand the same levels of customer service and care that are available in the other locations,” Gonsalves said.

10 replies on “Banks ‘ripping off’ Vincies with ATM charges ”