Green Hill buses call off strike after talks with minister 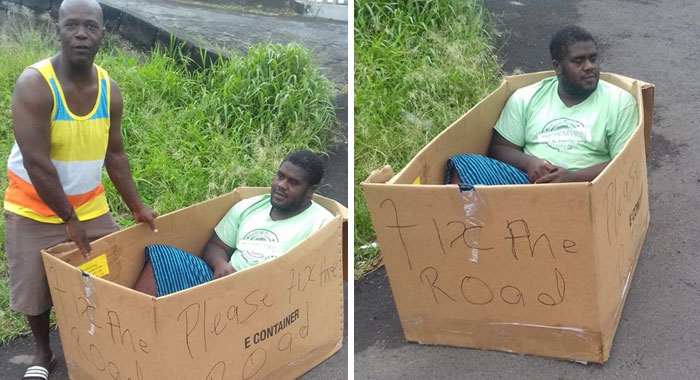 Two of the minibus operators during their demonstration on Monday.

Minibus operators serving the Green Hill-Kingstown route have decided to call off their strike action after meeting yesterday, Monday, with the Ministry of Works.

Rohan Scott, a spokesperson for the omnibus operators, told iWitness News that they were able to meet with Minister of Transportation and Works, Sen. Julian Francis.

“He promised us that our problem with the road condition would be dealt with starting next Monday,” Scott said, adding that as a result of that promise, minibus operators would begin offering their service again on Wednesday,” Scott said.

“We are satisfied that the Mr. Francis made the effort to address the problem,” Scott said, but noted that some minibus operators wanted to continue to withhold their service until they see work in progress.

The service providers were able to secure a meeting with the works minister on the first day of what they had planned as a three-day strike.

Scott told iWitness News they had decided to take this action because the Ministry of Transportation and the Roads, Bridges and General Services Authority had not responded to a letter sent to them two weeks ago about the condition of the roads.

Scott said that the roads in the Central Kingstown community are “very deplorable”.

“Right now, we are spending a lot of money in terms of maintaining the vans. We are basically fed up,” he told iWitness News on Sunday.

He said that omnibus operators have to be constantly changing their vehicles, changing shocks, ball joints and bushings.