FAO calls for ban on sugary drinks in schools 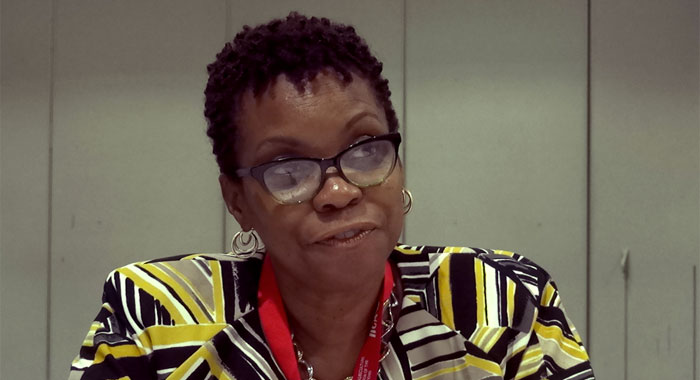 BRIDGETOWN, Barbados — A senior United Nations (UN) Food and Agriculture Organisation official in the Caribbean says it is “absolutely” time to ban sugary drinks in Caribbean schools.
Lystra Fletcher-Paul, FAO sub-regional coordinator for the Caribbean told reporters this is not something that every country would accept.

“It is something that we propose. It is up to them to accept it. It depends on the context of the country,” she said on the sidelines of Caribbean Week of Agriculture, taking place here from Oct. 8-12.

“I think what we have to determine is what is best for our people. And sometimes it may not be necessarily something as punitive, but the way I like to look at it is educating your consumer,” she said.

Fletcher-Paul said parliamentary fronts could help drive political consensus on contentious issues that have long-term public health implications, such as the link between eating habits and chronic non-communicable diseases (CNCDs)

“And one of the areas is school feeding programmes because this is an area, it is a win-win for both sides. Even if there is a change in government, you can see both sides of the political divide taking this ball and run with it.”

Consumers also have a role to play in this regard, she further said.

“There is very much power in the buying power of the consumer.”

To illustrate, Fletcher-Paul pointed to the example of labels of different colours being used in Chile to identify products high in certain compounds known to lead to CNDCs.

“So in the case where the sugar tax is not palatable to the government, there is an alternative through the consumer and the empowerment of your consumers to say we have choice in what we purchase and if you do that, it also will influence the people who are selling these foods.”

The 15th CWA is co-organised by the Government of Barbados and the ACP-EU Technical Centre for Agricultural and Rural Co-operation (CTA).

The event is being held under the theme “Strengthening Agriculture for a Healthier Future in the Region”.

Fletcher-Paul said that if consumers are not buying a product, it would not be imported.

She said the recommendation to ban sugary drinks in school or increase the tax on them is influenced by the link between the incidences of chronic non-communicable diseases and the food that are consumed in the region.

“Food that are high in sugar and processed starches, there’s a clear link.”

Fletcher-Paul said that more importantly, what influences decision makers is the cost to the country.

“You are talking about amputations from diabetes,” she said noting that this is in addition to the high cost of caring for persons with CNCDs.

“When you put that stark reality to people, it makes you step back because the governments are saying, especially now where a lot of these Caribbean countries are in crisis, you can ill afford to spend money which is avoidable if you eat properly.”

She noted that some persons would complain that the cost of eating healthy food is too high, when compared to imported food.

“But you have to look at it from two points of view: one is, are you willing to pay a lower cost now and take a higher cost for your health care later?”

She added that cost of treating hypertension and diabetes is higher in the long run and takes away from one’s pension.

Fletcher-Paul said that the buy-in argument for the private sector is the fact that their children are involved, but said that the issue is too big a problem for government go alone, without the support of other sectors of the society.

“It is everybody’s responsibility… So you can’t do it alone.  It’s too big a problem; there are too many facets, too many dimensions for only governments to do it alone. And for me, it means it’s everybody’s business because our children’s health and our own health are at stake.”