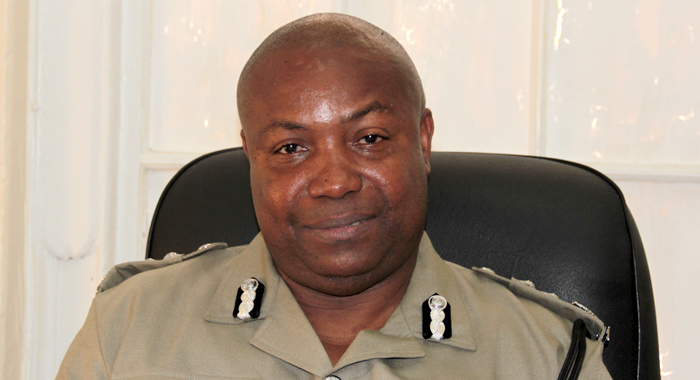 Commissioner of Police Colin John says there is merit in the call by lawyer Jomo Thomas for a delinking of the Police Public Relations and Complaints Department.

Speaking on Xtreme FM last week, Thomas, who is also Speaker of the House of Assembly, said having the two departments together is an oxymoron.

Thomas has long made this observation and expressed a similar view when the now-retired assistant commissioner of police, Jonathan Nichols, headed the department.

He said that while many of his clients have gone to the department to report on police excesses, none of them has ever received a return call with the outcome of an investigation.

Thomas, who was a senator for the ruling Unity Labour Party and was its candidate in South Leeward in the last general elections, however, urged aggrieved persons to continue to lodge complaints, lest they be accused of not following procedure.

Meanwhile, John, speaking on Boom FM on Monday said that separating the departments is ideal.

“Ideally, I think they can be separate departments, but I don’t see that they are mutually exclusive either. They can co-exist and they have been and I think they are doing more than an average job.”

John, a lawyer and former prosecutor, said that he knows of police officers being prosecuted as a result of complaints made to the Police Public Relations and Complaints Department.

“I know of persons who have made reports to the police Public Relations and Complaints department where files were sent to the office of the DPP, police officers were prosecuted.

“In fact, there is one right now before the court where a police officer is on suspension because of a complaint that was made at the Public Relations and Complaints Department.

“Whenever these reports are made, we investigate the report, we send the report to the office of the DPP for them to make a determination as to whether any criminal liability. In some cases, it may not reach the criminal threshold so we may deal with it as an internal disciplinary matter.”

John said he met the departments as one when he took over as police chief last year.

“That’s not an excuse. It is something we can revisit. It is a policy decision and in consultation with the senior rank, we can look at it.”

He said the leadership of the police force is looking at restructuring some of its branches.

For example, he said that the Traffic Department deals with firearms licences.

“And strictly speaking, that’s not traffic. So we are looking at ways in which we can remove certain departments from the other, where it may not be compatible or may not be the most suited area for this department to be placed.

“Right now, we are restructuring the organisation.”

He said that currently, traffic, transport and the firearms licence department are under the same heading.

“So this area where Jomo talked about, I see some merit in what he is saying and it is something that we can take on board and we can discuss within the organisation and see how we, if necessary, can delink them.

“It has worked before and it is working but there is always room for improvement and we are always open to different ideas, so I would not say that I would trash that idea. There is some merit in it and I would encourage that we look at it and try and see if it is necessary to delink those departments,” John said.