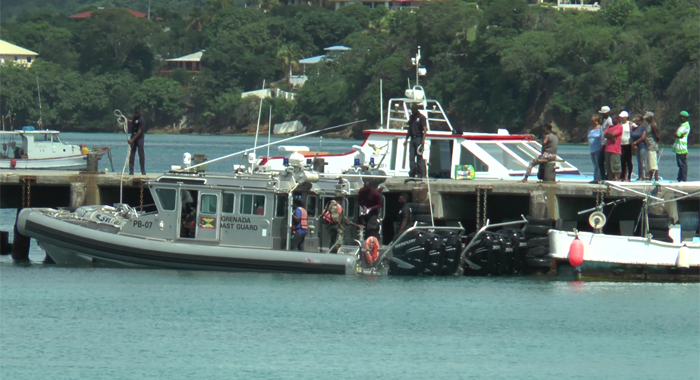 The Vincentian murder suspect who was captured in Grenada has been returned to St. Vincent.

Police in Grenada say that Joel Gary Barker, 31, was nabbed during a police operation last Sunday about 5 a.m. in Telescope, St. Andrew.

On Wednesday, he appeared before a magistrate in Grenada who granted a removal order.

Barker was removed from Grenada to St. Vincent and the Grenadines on Friday.

Last Wednesday, St. Vincent and the Grenadines’ police chief, Colin John told journalists in Kingstown that Barker had been nabbed in Grenada.

He said that the Penniston man — who is also known as “Bodown” and “Platinum” – was expected to be repatriated soon.

Police had issued a wanted bulletin for Barker, who was wanted in connection with the murder of Kareem Bowens, 23.

Bowens died at the Union Island Hospital on Oct. 3 after receiving a single gunshot wound to his chest.

The incident occurred near a shop on the southern Grenadine island.