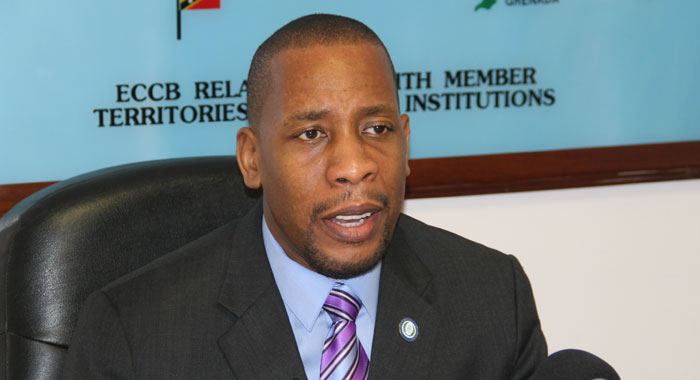 The Eastern Caribbean Central Bank (ECCB) and its counterpart in Port of Spain have arrived at a solution to the challenges faces by Vincentian traders in Trinidad and Tobago.

For years, these traders, referred to locally as “traffickers”, have been having problems converting the Trinidad and Tobago dollars with which they are paid in the twin-island republic, to Eastern Caribbean dollars, the currency used in St. Vincent and the Grenadines.

But in an Oct. 31 letter to Minister of Finance Camillo Gonsalves, Governor of the ECCB, Timothy Antoine, said the ECCB and the Central Bank of Trinidad and Tobago (CBTT) have reached a two-pronged solution.

The solution involves the settlement of TT currency notes as well as draft/manager’s cheques denominated in TT dollars.

In the letter, released to the media on Thursday by the Office of the Prime Minister in Kingstown, Antoine said that the ECCB and the CBTT have agreed to pilot the solution in SVG with the Bank of St. Vincent and the Grenadines (BOSVG).

“The pilot will be for an initial period of six months, after which, a review will be conducted and changes made if require,” Antoine said.

Detailing the solution, Antoine said the ECCB will purchase from BOSVG the TT dollar notes accepted from certified traders, on a weekly basis, but the amount of those notes will be limited to TT$20,000.

This amount reflects the lower legal limit of the amount of cash with which one can exit Trinidad and Tobago or enter SVG.

The trader will be paid immediately by BOSVG, he said.

The ECCB will purchase, weekly, TT dollar balances up to the limit of TT$2 million monthly, resulting from the enchashment of the TT dollar drafts from certified traders.

“It must be noted that the BOSVG will be responsible to ensure that only authorised traders are facilitated under this arrangement and that all applicable laws are observed. In addition, the ECCB is expected to ensure AML/CFT compliance by its licensee in the acceptance for negotiation of managers’ cheques of the traders.”

The ECCB head said the benefits to be derived from this solution are two-fold.

“Firstly, the BOSVG will obtain value for the transactions processed for certified traders on a weekly basis thus reducing their foreign exchange exposure to the TTD. Secondly, given the minimal foreign exchange risk in the solution through CBTT, BOSVG has agreed that the commission currently charged would be reduced from 5 per cent to 3 per cent thus resulting in increased value to the traders for the exchange of TTD. The BOSSVG has committed to reviewing this rate after one month to ensure that traders get the best value,” Antoine said.

On Oct. 1, Kingstown announced that it had rescinded its policy requiring businesses to clear, with the Ministry of Finance, US-payment to firms in Trinidad and Tobago.

The minister of finance announced the end of the policy, which he implemented in February to press Port of Spain to address a currency challenge affecting Vincentian traders.

Gonsalves said that the decision was made because Kingstown was satisfied that the efforts of the ECCB had led to a solution that had been expected to have been announced shortly after.

The minister, however said, said every “i” had not dotted and every “t” had not crossed.

“But having spoken to the governor of the [Eastern Caribbean] Central Bank, Timothy Antoine, and having regard to how much the businesses in St. Vincent and the Grenadines have held strain in this inconvenience, I have signed the appropriate document to rescind the exchange control act conditions on trading with Trinidad and Tobago,” he told a press conference.

The finance minster thanked all of the businesses in SVG “for their patriotism”, saying that, in some instances, it cost them 7 per cent more to issue their bill in TT dollars.

“… and they could have passed those costs on to Vincentian consumers. And because of their cooperation, they did not; they ate that price difference, that currency exchange difference.

“It was a heroic act by many of the businesses here in St. Vincent and the Grenadines,” he said and thanked the affected firms, singling out Massy Stores, Facey Trading, and General Hardware “for the very strong work that they did in that regard.