Some type of road repair… 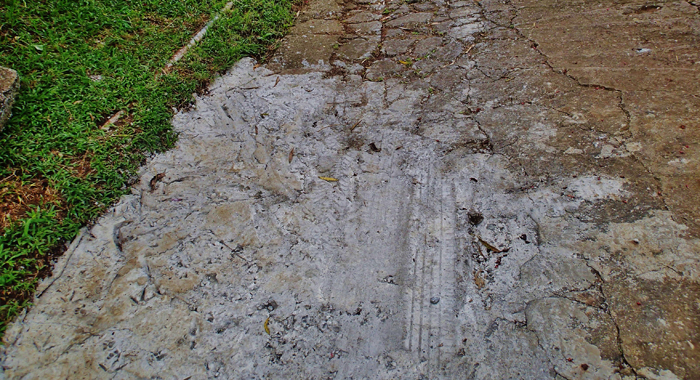 Those familiar with the road that connects Golden Vale, Choppins and Harmony Hall can attest to its vehicle damaging state. These narrow roadways have been crumbling for years in spite of the fact that they are used not just by the neighbourhood inhabitants but also by vans transporting school children, and now by taxis going to and from Argyle International Airport.

Sometime last week, patches of freshly applied concrete appeared on some of the worst potholes. This crude attempt at repair remains a puzzling mystery. Based on the sloppy and poorly executed work, one would assume it to be the handiwork of a frustrated citizen with some leftover concrete from a personal project. Local residents say, however, that government vehicles and workers were seen working on this road. How odd given there were no public announcements prior to this work, no barricades were put up, and traffic was not redirected in order that the wet compound could properly dry and cure. The result? As the photos show, the newly applied compound has had vehicles driven through it. This, in addition to being poorly applied, has thus already created ruts, lumps and ridges which effectively makes these road sections just as bad as before the “fix”. 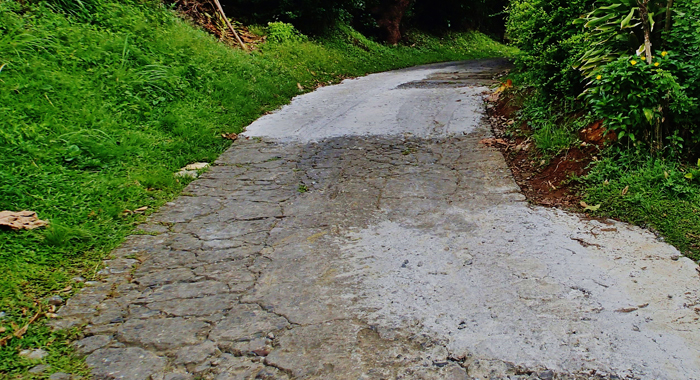 The question remains as to who is responsible for this work. Both possibilities are troubling.

Is it the work of a frustrated resident or residents who are so fed up with government inaction on basic infrastructure projects that they take the matter into their own hands, or, is this just another example of the level of quality government public works bestows on its citizens?

(PS: I am guessing the $100 million from Kuwait for road infrastructure has already been spent?)

3 replies on “Some type of road repair…”