‘The police were prejudicial’ — police prosecutor 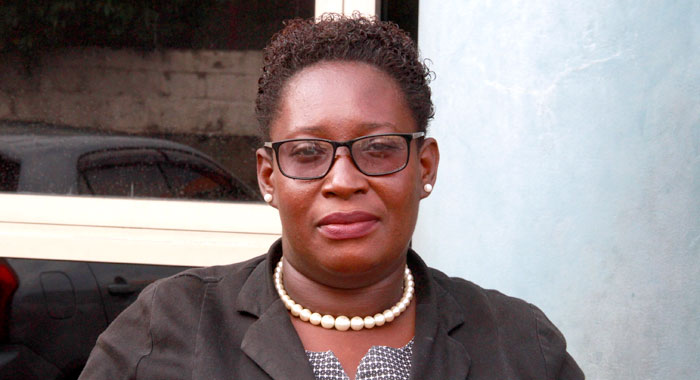 Police officers who responded to a report of a commotion at Randy’s Supermarket in Kingstown showed they were “prejudicial” when the only persons they removed from the business place were two men who are now the virtual complaints in a wounding trial.

That was the conclusion of prosecutor Police Constable Corlene Samuel in her closing submissions at the Kingstown Magistrate Court on Tuesday.

The closing submission — for a second time — came after Senior Magistrate Rickie Burnett reopened the trial so that the court could watch a video of what had transpired at the supermarket almost two years earlier on Feb. 21, 2017.

The video was never tendered into evidence after the magistrate observed that he had repeatedly heard about but had never seen it.

The magistrate will give his decision on Nov. 23 in the case in which Raymond Cato, 63, of New Montrose, is charged that on Feb. 21, 2017, at Kingstown, he did assault Glenroy David of Redemption Sharpes with intent to commit an offence, to wit, wounding.

Cato is further charged that on the same date and place, he did unlawfully and maliciously wound Jawanza Phillips of Redemption Sharpes.

On Tuesday, detective Constable Darrel Sam told the court that he went to the supermarket on Feb. 22, 2017, and was shown surveillance footage of the incident.

He said that the management of the supermarket gave him a copy of the footage, which he handed over to PC Joseph on Nov. 5, 2018.

During cross examination by defence counsel Israel Bruce, Sam told the court that he had watched the footage but did not think that it was critical to justice in the matter. He, however, said that he was not suggesting that the footage was of no evidential value.

The junior rank said he wrote a narrative of his findings and forwarded it to his superior officer and kept in his possession from then until Nov. 5 this year, the flash drive on which the supermarket had copied the footage.

He said that on Nov. 5, the police IT department burned the video to a disc and handed back the flash drive to him.

Asked if he was able to copy the disc for the purpose of disclosure, the detective said no.

He said that he had made “an error when” he did not indicate when he testified in the trial earlier that he had been given the footage.

“It’s written in my statement,” Sam told the court.

At this point, Bruce checked his documents then told the court that he did not have a copy of Sam’s statement. He asked no further questions.

As the prosecutor redirected him, Sam told the court that, in the first instance, he was investigating three reports in relation to the incident.

He said he had written three statements, but had only referred to the footage in the statements he made regarding complaints made by Cato and Phillips.

The detective said that the evidence he gave in the trial related to Phillips and David as virtual complainants.

Also testifying on Tuesday was IT specialist Police Constable Jeromie Joseph, who told the court he had burnt a copy of the footage to a non-rewriteable disc, but was unable to play it in the court because of inadequate software and had to play the video from the flash drive instead.

When the prosecution moved to enter the flash drive into evidence, Bruce rose and said that the prosecutor had not led any evidence to establish chain of custody.

During an attempt by the prosecution to establish chain of custody, the magistrate said that Bruce, by his body language, was suggesting that he was giving the prosecutor 100 per cent for leading the witness.

Bruce then rose and said that, in the interest of justice, he would not object to the flash drive being entered into evidence.

He told the court he had known that the prosecutor was going to rely on the flash drive but said she should have still asked the relevant questions to establish chain of custody.

The video — which was recorded at a faster than normal speed –was played in court several times.

In her closing submissions relevant to the video, Samuel said that the footage supports the prosecution’s case.

The Crown is alleging that the virtual complaints were in the supermarket talking to each other when the defendant went into the cold room and returned with a cutlass.

“We saw when everybody started to run,” she said.

The prosecutor said that in his evidence, David told the court that he picked up a crate. She said that this is clearly seen on the footage.

She said the men told the court that they tried to leave, but found that the door was locked, which the footage also shows.

“Yes, they were there and they were being vocal but the defendant had no right to take a cutlass and strike Phillips with it,” she said.

She said the defendant had been on the phone and could have called the police.

“He had no reason to strike, claiming he was fearful for his life,” Samuel further said, adding that while the virtual complainants were vocal, they were no threat.

Before making his submission, Bruce told the court that he had to seek the assistance of the video during his closing argument.

When the video was cued up, Bruce said that it shows the virtual complainants pursuing the defendant as he was heading to the kitchen area of the supermarket.

“It appeared that when he picked up whatever object that the virtual complaints and others ran in the other direction,” Bruce said, adding that the prosecution was suggesting that nothing had happened immediately before the defendant went into the cold room.

The lawyer said that it also appears that the virtual complainants wanted to leave after the order was given to lock the door of the supermarket.

“They wanted to leave before the police came,” Bruce said and noted that when the police came, they questioned the people there and the only two persons they took away were the virtual complainants.

“The police were prejudicial,” the prosecutor said.

“The police were prejudicial? That’s the Crown saying that,” Bruce responded.

He said that the initial absence of the video from the trial had nothing to do with the speed.

“Because even at that speed, their conduct was evident. One had to be restrained. At no point did the defendant pursue the virtual complainants,” the lawyer said.

“This video, as fast as it is, in my mind would and should aid the court in coming to the decision that he (defendant) acted within his duty and within the law. I can’t see how these charges will survive with the video, as poor as it is,” the lawyer said.

In response, the prosecutor said that the court should understand that there is an issue with the footage and it is not complete

“Obviously after getting lashed, I would want to get out,” she said in reference to the virtual complainants’ attempts to leave the supermarket.

In response, the defence counsel said it was “very damning that the prosecution said what was played in evidence doesn’t represent fully what transpired”.

2 replies on “‘The police were prejudicial’ — police prosecutor  ”