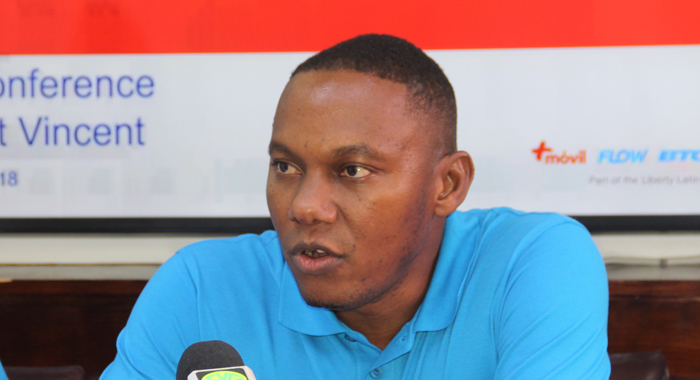 As telecommunications provider Flow announced last Wednesday that it will launch its mobile Long-Term Evolution in December, the company has to face questions about whether its 4G network was ever what it was billed at.

iWitness News noted to country manager of Flow, St. Vincent, Wayne Hull, that 4G enabled devices on Flow’s network, continues to display “3G” even as the same device would register as being on a “4G” network in other markets.

“Yeah. Well, it is HSPA+, which, more or less, they term it as 4G — the network engineers. But if I look for the technical term for it, it is HSP+, right, but I think that mirrors the 4G network standard. But LTE will be above that,” Hull said.

Asked why an iWitness News device on Flow’s network displays “3G” when that same device displays “4G” in other markets, Hull said:

“Actually, I think that is how the ticker has marketed it as 4G but the actual service is HSPA+. 3G is a bit lower as well, too,” Hull said.

iWitness News has had a similar experience on Digicel’s network, the other telecoms provider in SVG.

Asked what guarantee there is that when Flow says it is offering LTE that that would, in fact, be the case, Hull said:

“Well, there are global standards to that. The network is being implemented by Ericsson. You can probably check their site and see what LTE means but LTE generally give the network the ability to give download speeds up to 100megabytes of service.

“And, as I have demonstrated to you, it’s not fully there at 100, but it is close to 70. One hundred megabytes will be ideal situation once nothing — no interruption. But LTE is giving you up to 100 megabytes. Once you can achieve that level of download speed on the network, you can consider that you have an LTE service.”

iWitness News was unsuccessful in its attempt to find the relevant information on the Ericsson website.

And while Wikipedia says the fastest 3G-based standard in the Universal Mobile Telecommunications System (UMTS) family is the HSPA+ standard, which is commercially available since 2009, Bell Canada suggested that HSPA+ and 4G are one and the same.

Meanwhile, speaking at the press conference, Hull said mobile LTE will give consumers 10 times better the speeds that they are getting now on their mobile service.

“For instance, if you are getting roughly 8 megs download, our mobile LTE service will give you about 70 megabits download on a mobile device anywhere in the country,” he said.

Hull said that Flow has installed LTE in St. Vincent and expects to launch it before the end of December.

“So we just want to make this announcement today and ensure that our customers are aware that we have this product coming and we will share more information on this at our launch date in December,” he said.

8 replies on “Flow faces questions about its ‘4G’ network”