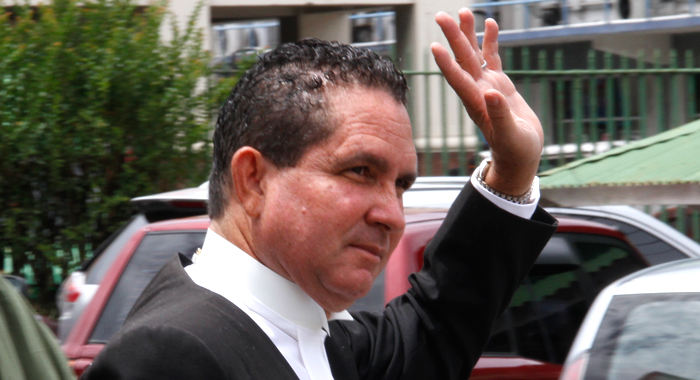 The court has ordered that the respondents find new counsel to replace Grahame Bollers, who is ill. (iWN file photo)

The High Court on Friday upheld an application by the respondents in the election petitions case and ordered that next week’s hearing of oral evidence be postponed.

Carlos James, junior counsel for Members of Parliament for Central Leeward, Sir Louis Straker and his North Windward counterpart, Montgomery Daniel, had made the application on behalf of his clients.

James is junior to Grahame Bollers, the lead counsel for Straker and Daniel, whose election to Parliament in the December 2015 polls are being challenged.

He said that his clients are asking that the dates be vacated because Bollers is ill and his physician has ordered him to rest.

However, the lawyers for the respondent objected to the application, saying that while they empathised with Bollers, they had to also balance the interest of their clients, who have been waiting since December 2015 to find out if Straker and Daniel were in fact elected to Parliament.

Benjamin Exeter and Lauron “Sharer” Baptiste, both of the main opposition New Democratic Party, are asking the court to declare void the announced election of Straker and Daniel.

In her ruling on Friday, Justice Esco Henry noted that the applicants had provided evidence that Bollers has been suffering since 2006 with a medical condition that had gotten progressively worse.

She said the medical report presented to the court suggests that Bollers would have to cease work soon.

The jurist said that when Straker and Daniel retained Bollers in 2015, they did not know about his medical condition.

Justice Henry said that the court has to consider whether it would be reasonable to dismiss the application in these circumstances and concluded that it would not be.

She also said the court must answer in the negative the question of whether it is reasonable to ask the respondents to retain new counsel over the weekend — in time for the scheduled hearing on Monday.

The judge also ordered that  Straker and Daniel are required to identify and retain new counsel to represent them at the continuation of the trial and each adjourned hearing after today’s date.

Justice Henry also ordered that the respondents arrange for such new counsel to be provided, on or before Dec. 14, 2018, with all pleadings, witness statements, affidavits, trial bundles and documentation in the matter to enable them to represent each of the third respondents respectively at each adjourned hearing in this matter.

The matter was therefore adjourned to Jan. 24, 2019 for a status hearing.