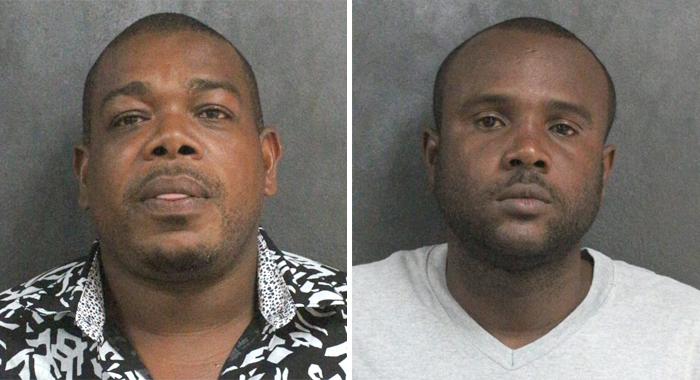 Two farmers from Petit Bordel have been charged with cocaine and marijuana possession.

Michael Lavia, 39, and Darran Louie, 35, were, on Monday, brought before the Serious Offences Court on a charge that on Dec. 1, at Villa, they had in their possession 2,269 grammes (5lbs) of cocaine with intent to supply it to another.

They were further charged that on the same date and place, they had in their possession 350 grammes of cannabis with intent to supply.
They pleaded not guilty to both charges.

Senior Prosecutor Adolphus Delplesche did not object to bail.

Chief Magistrate Rechanne Browne placed each of the men on EC$30,000 bail with one surety.

She further ordered them to report to the Chateaubelair Police Station on Mondays and Thursdays between 6 a.m. and 6 p.m.

They were also ordered to surrender their travel documents and seek the permission of the court to leave St. Vincent and the Grenadines.