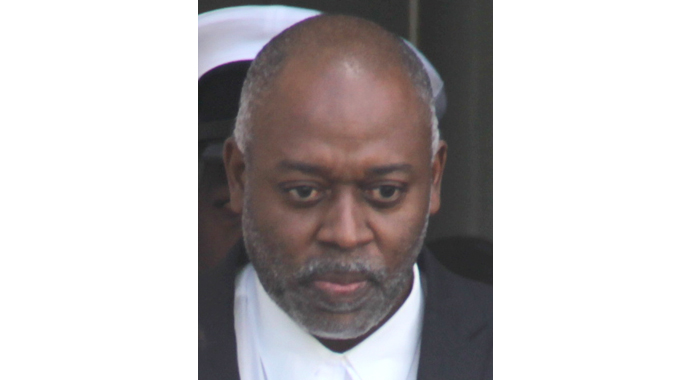 The period Feb. 11 to March 3, 2019 remains unchanged for hearing the two election petitions but a new judge is yet to be appointed to preside over the case.

A source close to the case further told iWitness News on Tuesday, that Justice Nicola Byer, on Monday, told lawyers in the case that the chief justice had instructed her to conduct last Monday’s status hearing, but she would not preside over the case.

A new judge is to be appointed to replace Justice Esco Henry, who recused herself from the matter on Dec. 5, after she learnt that 12 matters were listed to be heard by her between Dec. 3 and 7.

Dec. 3 to 7 was originally the period reserved for the hearing of oral testimonies in the petitions, but was vacated on Nov. 30 because Grahame Bollers, one of the lawyers for the respondents, is ill.

iWitness News understands that Justice Byer contacted instructing solicitors last week, informing them that she would convene a hearing in the case on Monday.

She also informed that she would not be the judge who would be hearing the matter.

The judge further told parties that the chief justice had mandated her to conduct further case-management-type reviews in order to identify and collate the record and other documents that the new judge — who is coming from overseas — will require in order to conduct the trial.

The new judge will be the third to preside over the petitions, which were filed in December 2015 following elections that month.

The Court of Appeal reinstated the petitions last year after concluding that Justice Brian Cottle showed apparent bias in his June 2016 decision to dismiss the petitions as improperly filed.

Sources close to the case told iWitness News that the local lawyers attended Monday’s hearing, and Duane Daniel went on record to replace Bollers as the lawyer for Sir Louis Straker and Montgomery Daniel, whose elections the petitions are challenging.

iWitness News understands that Rene Baptiste, a lawyer and former Member of Parliament for West Kingstown, was also at the bar table but we have, so far, been unable to verify in what capacity she attended the hearing.

Sources say that Justice Byer made it clear that the trial fixture of Feb. 11 to March 3 will be retained.

A status hearing has been fixed for January.

Benjamin “Ben” Exeter and Lauron “Sharer” Baptiste of the main opposition New Democratic Party (NDP) are challenging the announced victories of Sir Louis and Daniel, both members of the ruling Unity Labour Party (ULP), in Central Leeward and North Windward.

Electoral officials say that the ULP won eight of the seats in the 15-member parliament to secure a fourth consecutive term in office. The NDP has rejected those results and has filed the two election petitions.

Exeter and Baptiste have indicated to the court that they would object to some of the information that is now contained in Sir Louis and Daniel’s rebuttal whiteness statements.

The petitioners have further indicated that they would wish to make an application for the inclusion of one other witness, Sharon Cummings, a lawyer, who had participated in the final count as a representative of Exeter.

They say that because of her then employment at Petrotrin in Trinidad, Cummings — who is wife of NDP chair and MP for West Kingstown, Daniel Cummings — was constrained in giving evidence, lest she would have compromised her position with her employers.

However, she has since ceased employment with the company, which is going through a transition and now, considers that she is no longer under the same constraints.

Exeter wishes Cummings to testify in the case, since she had participated from the beginning to the end of the final count.

The court is, therefore, being asked to extend the time within which witness statements can be filed.

Cummings statement was filed in late November but Exeter must obtain the permission of the court to have it entered into evidence.

The relevant applications are to be filed between now and the trial date in February, the source said, adding that the application will also be heard and the respondents given the opportunity to make any objection.

The source said that it was noted to the court that there is enough time to hear this application without interfering with the Feb. 11 to March 3 trial fixture.

In due course, the parties will be notified of the new judge who will preside over the case.