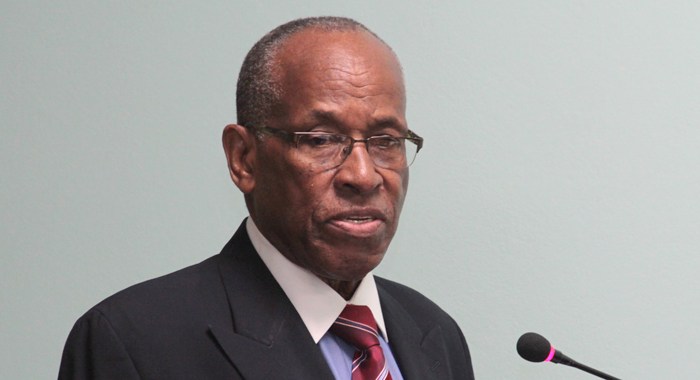 Lawmakers in St. Vincent and the Grenadines on Wednesday permitted the government to borrow US$50 million (EC$135 million) from Taiwan amidst debate in which Kingstown-Taipei ties was a talking point.

The monies will be used to build two hotels, one in the Mt. Wynne-Peter’s Hope area on St. Vincent’s western coast, and an airport hotel in Diamond — on the island’s eastern corridor.

Minister of Foreign Affair, Sir Louis Straker, who is Member of Parliament for Central Leeward, where Mt. Wynne-Peter’s Hope is located, gave “strong support” for the bill.

Sir Louis, who is also deputy prime minister, said the tenure is 20 years from the first disbursement of the loan, with a grace period of three years from the date of the first advance, at a rate of under 3 per cent.

The loan is from the Export-Import Bank of Taiwan, which Sir Louis noted also financed the “cross-country road” and the Argyle International Airport.

“We are very grateful to Taiwan for what they have done for us over the years; tremendous help they have given us in every sector of our economy,” he said.

He said he often wonders how opposition members feel when they are travelling and stand “in that majestic and imposing terminal building and they look around and see that was through Taiwan money — the very government they said that if they get in power they would kick out of St. Vincent and the Grenadines”.

The main opposition New Democratic Party announced two years ago that it no longer supports Kingstown-Taipei ties and if elected to office, will establish diplomatic links with Beijing.

China considers Taiwan a renegade province and has not ruled out the use of force in achieving its reunification goal with the island.

Opposition Leader Godwin Friday “recently” led a four-member NDP delegation on a visit to China to firm up those ties.

Sir Louis said Taiwan provided $80 million to construct the tower and terminal building at the Argyle International Airport, which began operating in February 2017.

“Yet they gracefully go through it, looking at its splendour and yet they say when they get into power, they are going to kick Taiwan out,” he said of opposition lawmakers.

“I have a list of projects financed by Taiwan here going to hundreds of millions of dollars to St. Vincent and the Grenadines. And that is why I say I would constantly support Taiwan, because it would be an act of gross ingratitude to say I’ll kick Taiwan off the islan, after all,l they have done for this country and they are doing now.

“When you go through the estimates, you will see a lot of projects by ROC — still financing and would continue to finance.”

Sir Louis said the change in the opposition’s policy came soon after they expressed “undying support for Taiwan because we share the same values, respect for funeral rights, etc.

‘The last time the then Leader of the Opposition, Arnhim Eustace, went, he said he feels like saying ‘ditto’ because he saying the same thing over and over again because we are firmly committed, like family –we are family.

“And the whole world was shocked [at the change in policy].”

Sir Louis said that in 2002, shortly after his Unity Labour Party administration came to office, the government went to Cuba, and the opposition asked what would the United States say about such a move.

“Now, they are now advancing the idea of advancing to China and kicking out Taiwan and I ask them, ‘What will America say?’”

At this point, Member of Parliament for North Leeward, Roland “Patel” Matthews, asked the foreign minister who had initiated the relations with Havana.

“I am not talking about — that’s a different topic we can talk about that…” Sir Louis said.

Regarding the loan, he said:

“This is a great day for this country that we were able to secure $135 million. It brings joy and rejoicing to the people of St. Vincent and the Grenadines, particularly the people in Central Leeward and I heartily support this bill.

“I trust that the opposition will give their full support to this bill because it brings employment to this country. It brings economic growth to this country and let us stop the petty back and fourth and let us support something that is for the benefit of all Vincentian. It’s for all of us.”

Sir Louis said that when he retired from Parliament from 2010 he could have said mission accomplished because much had been done during his tenure.

He said he had fulfilled every promised he had made, with the exception of the beginning of construction of the hotel at Mt. Wynne.

Sir Louis came out of retirement in 2015 to contest the Central Leeward seat again.

He said the hotel project in his constituency had been spoken about former Prime ministers James Mitchell and Eustace.

“But it is one thing to have an idea. It is another thing to execute an idea.”