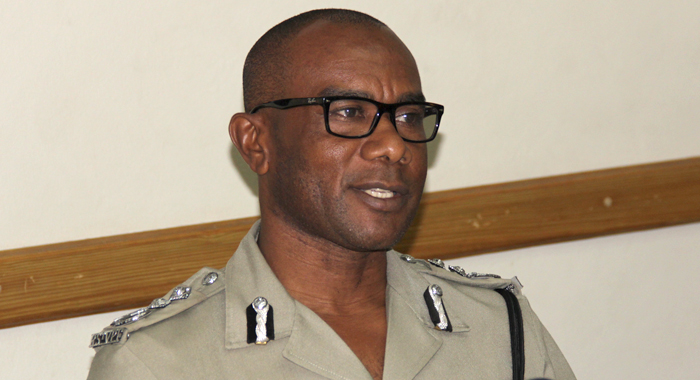 A number of officers assigned to tactical units of the police force have received threats over the past few months, says Deputy Commissioner of Police Frankie Joseph.

“And these threats have been sent to our police officers from criminals,” he told the media at a recent briefing in Kingstown about a cache of guns and ammunition netted in Diamond.

Joseph called on the public to continue to assist police with information about crime and criminals.

He said that with the Christmas season approaching, police officers will be out in their numbers to ensure that criminals do not succeed.

“The members of the police force have been working hard and we will continue to work hard. However, there are a few of our officers that have not been giving one hundred per cent. We continue to push them to get there. So I am also appealing to those officers to give 110 per cent, because the public is expecting nothing less.”

He noted that police officers are being paid to do a job.

“… and we are to ensure that we do that job to the best of our ability,” the deputy police chief said.

“We are thankful for the support that we have been given from the general public and we are calling on them to continue to support us and to work with us in the fight against crime because we are relentless and we are not going to stop.”

Joseph said that while police officers have been working tirelessly, the fight against criminals cannot be won in a day or a month.

One reply on “Police officers threatened”