Man who killed in B’dos jailed for killing in St. Vincent 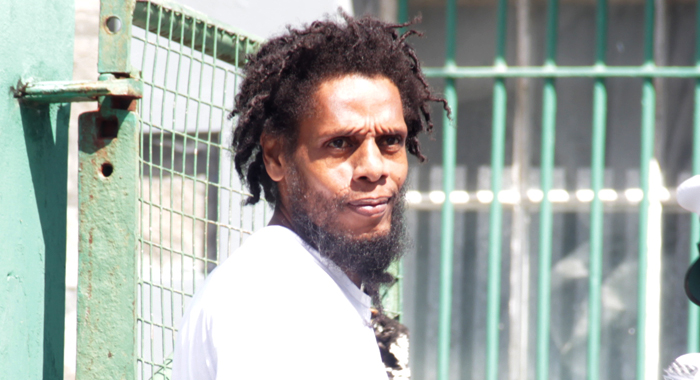 A Lowmans Leeward man who spent a decade in jail in Barbados for killing someone has been sentenced to a similar prison term in St. Vincent for killing another person.

The man, Ian “Big Dred” Gould, 40, has a history of mental health issues, but mental health professional said in March 2018 that he was fit to plead.

However, as Gould has been in prison since his arrest in August 2013, he will only have to spend a further four years and eight months in jail.

In mitigation, counsel Ronald “Ronny” Marks had attempted to portray Gould as having had a less-than-ideal childhood.

The lawyer said Gould is the child of an absentee father, in the person of the late David Bonadie of Bonadie Supermarket fame.

Ronda Gould, the mother of the future killer, left him when he was just 10 years old, Marks pointed out.

He said that after returning to St. Vincent after serving time for manslaughter in Barbados, Gould attempted to keep to himself as much as possible, hence his decision to farm in Monde Ronde.

“He was living a hermit life up there,” Marks told the court, adding, “But the trouble M’Lord, that has him here, found him on that farm, in the form of the deceased man.”

He said that Gould has good prospects for rehabilitation, a conclusion that Justice Brian Cottle rejected, noting that Gould was being sentenced for a second manslaughter charge.

“…and sadly, it seems that he did not take full advantage of it,” the judge said.

The judge began with a notional sentence of 15 years and gave Gould the one-third discount for pleading guilty.

He, however, did not reduce the sentence further because of the man’s personal circumstances, noting that it was not the first time that Gould was before the court for manslaughter.

The court heard that Pompey’s common law wife, Cordelia Lewis, last saw him on Aug. 12, 2013 when he left his home in Troumaca to tend to his farm.

She became concerned when he did not return as planned and on Aug. 14, 2013, some of Pompey’s friends went in search of him.

Joseph Samuel and Javid Cyrus were among such party.

One of Pompey’s nephews and Gould were already in the Morne Ronde area.

Persons in the search party saw Gould coming from an embankment area with a hoe and they invited him to go with them to help search in that area.

Gould was not willing to do so, saying that he had gone to the area to weed with the hoe.

However, when the party arrived there, there was no sign that he had been hoeing in the area.

When he was pressed, Gould said, “Alyo want to accuse me of killing the man?”

Gould later offered another explanation, saying that he was coming from the toilet when they saw him with the hoe.

He, however, refused to take the members of the search party to the area where he said he was using the toilet.

Thereafter, an argument developed and Cyrus said that when he was some distance away he heard sounds as if someone was being planned (beaten with the broad flat side of a cutlass).

He then heard Gould say, “O God! Nah kill me. He dey down dey but he nah dead.”

Gould pointed to a trail that led to the area where Pompey’s decomposing body was found in a shallow grave.

The search party beat Gould and bound him with a rope and told police what had happened when they handed him over to the police.

While in custody, Gould gave a statement to police admitting to the offence.

He said that on Aug. 12, 2013, he was on his farm moulding his “ital”– “vegetables” when Pompey came by and accused him of stealing his coconut, marijuana and other items.

Gould told police he had asked Pompey “what kind of scene” he was on and Pompey chucked him.

Pompey rolled down the farm and Gould got a hoe and began digging a hole. However, the area was tough and as a result, he pulled Pompey to a small embankment after realising that he had died, Gould told police.

On Aug 15, 2018, after being discharged from hospital, Gould took the police to the Morne Ronde area and pointed out to them several areas of interest.

Pompey’s body was found below an embankment in a shallow hole partially covered by sand and bush, 297 feet away from where the incident occurred.

Police recovered two knives at Gould’s hut and he identified a brown handled one as the weapon used to kill Pompey.

There were 13 stab wounds, concentrated in the area of Pompey’s head and neck.

One reply on “Man who killed in B’dos jailed for killing in St. Vincent”