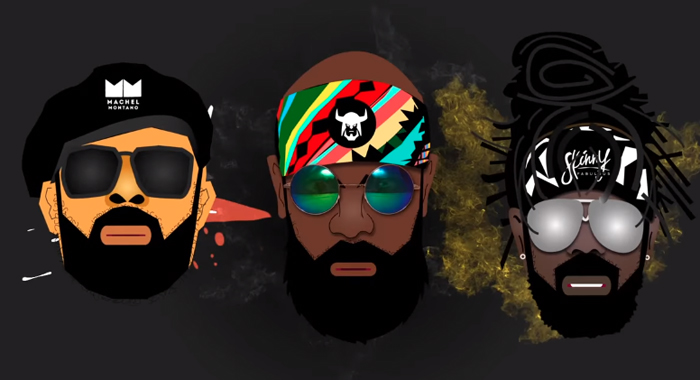 A song conceptualised by a Vincentian soca artiste, Skinny Fabulous, mastered by Vincentian Parry Jack and whose lyric video was done by Junior Lee —  also a Vincentian — has made it to Number 1 on iTunes’ Reggae chart.

The song is gaining internationally after making waves in Trinidad and Tobago, where it was released last week, ahead of that nation’s carnival.

Writing about the song on social media, Skinny thanked “my brothers Machel Montano and Bunji Garlin for coming on board without hesitation and with nothing but love, support and enthusiasm towards the message of the song.

“Thanks to Machel for being the painful detail-oriented perfectionist he is … and thanks to Garlin for the positive energy and constructive input.

“The behind the scenes grind of this project is truly one of team work and unity amongst all involved. Big up to DadaMusic Producer and International Stephen for the production and Special thanks to Junior @preciseleefilms for staying up all night for 2 nights to complete the animated video. @parryjack good work as always.”

The three, who individually are big names in Caribbean soca, have collaborated on a catchy soca tune called ‘Famalay’ which they released today.

Since then, Montano and Bunji Garlin have performed together both locally and abroad and have, as Trinis say, “kept a good thing going,” CNC 3 reported in Trinidad and Tobago.