Unity and development in 2019 St. Vincent 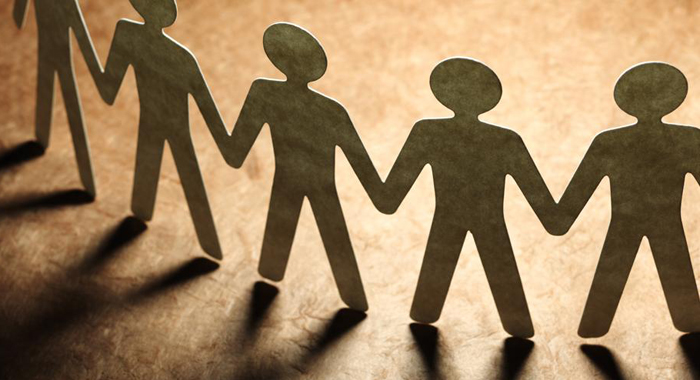 “Half measures can kill

when on the brink of a precipice

because we can’t jump half across.

Blind is the one who only half sees

the chasms don’t half recoil.

With every half-effective half measure

half the people remain half pleased.

The half sated are half hungry

The half free are half enslaved.

We are half afraid, halfway on a rampage.

Can there be with honour

and a half conscience?

Half freedom is perilous

And saving the motherland half way

“For the nation to survive, the tribe must die.” — Samora Machel assassinated former president of Mozambique.

2019 is upon us and the prospects for prosperity for the majority of our people, especially the poor and vulnerable, remain gloomy. The people who toil hardest are finding life increasingly difficult to cope. The disclosure that over 6,000 persons participated in the Christmas street cleaning programme and thousands more were aggrieved because they did not get a chance to work 10 days for EC$250 must be a shock to the conscience for anyone who seriously thinks about our country.

And this is at the very bottom of society. If we consider that thousands more, all trained by the “Education Revolution”, eager and willing to work walk the streets with nothing productive to consume their minds or spend countless idle hours on their smart phones, then the state of our country is thrown into sharp relief. The plain truth is that unemployment remains a major problem in SVG and unless we can put a serious dent into this problem much of our talk about progress and development will ring hollow.

Life and daily living for a large section of the population is totally and completely dependent on remittances from friends and relatives. Over 30 per cent of our people live in poverty. About 20 per cent of those employed work for less than a living wage. Wages are so low that the state refuses to tax anyone earning less than EC$20,000 per year. When 16 per cent VAT is paid on purchases we get a clear picture on how the lower half of the population exists.

Clearly, there is an enormous amount of money floating around. We see it in the tourism and infrastructural developments across the country. We spent EC$700 million on the airport. On Canoaun, the developers’ build, demolish and build again with such frequency so as to make it impossible to count the moneys “spent”. Estimates of more than half a billion US dollars have been spent in recent years. Millions more are earmarked to be spend on the geothermal project, the port in Kingstown and the hotels at Mt Wynne/Peters Hope and Diamonds. Since last year, our country has been awash with tourist. A foreigner, who buys lands at a gluttonous rate, owns the most lands in SVG.

Somebody is making a lot of money. What is evident, however, is that much of these millions are going to very small elite. Enough is not targeted towards the poor and too little is trickling down to those most in need. We need to pay attention to the amount of persons selling clothing, food stuff or other body care products out of the back of the vehicles and on the streets. Look closely at the large amount of people who drown their frustration in alcohol and cheap oily, fatty foods. Look, too, at the resulting strain on the health system, obesity, disease, organ failures.

These are important policy issues that escape high-level scrutiny. Part of the reason why there is hardly any discussions about policy and the way forward is because the entire society has been sucked into a political “black hole”. Everything takes on a Gonsalves or Friday, ULP or NDP flavour. The best opposition idea is rubbished and the ULP policies and programmes that have proven effective, and partly explain its four consecutive electoral victories are dismissed without a serious thought. Rather than direct the conversation in a national developmental framework, emphasis is placed on ensuring that everyone sees everything from a narrow partisan perspective.

Both the ULP and NDP, regrettable the two most powerful socialising agencies in our country, having eclipsed the family, school and the church, demand that all and sundry fall in line. Each side perceives the other as evil. A large swath of their supporters, especially those with least stake in the system and stands to gain little or nothing no matter which party is in power, do not speak to each other. In fact, they are encouraged and celebrated as party warriors when they curse and ridicule each other on the streets or over the airways.

We can shout as much as we want, but what we have in SVG is development on the margins. We have not yet begun to address the structural fault lines that keep our country underdeveloped and so many of our people poor. To be sure, the international economic, financial and trading architecture is to be blamed for much of the sadness and despair in our world, but we can do much more for the poor and vulnerable.

What we need going forward is more policy rather than political rhetoric. We need more unity and friendship among the people. We need to rebuild a sense of community in this country. In short, we need more light and less heat. We can have all of this and still love Gonsalves and Friday, ULP and NDP. We cannot have disunity and development. One has to give and as 2019 unfolds, the wise choice is unity and development.