Craven complicity: The Saudi Crown Prince, the US, Venezuela, SVG 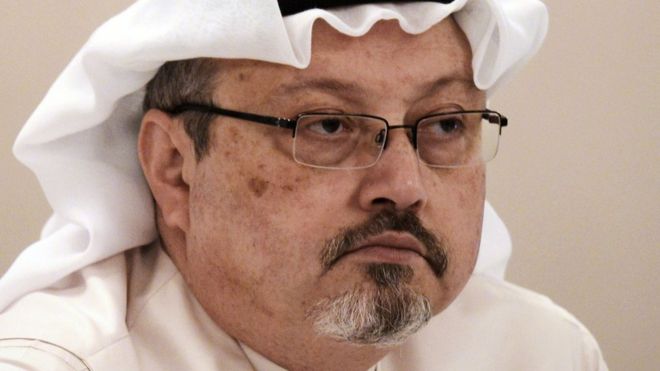 The Saudi Crown Prince is to the United States what the despot in Venezuela is the Americans and the Grenadines: $$$. Aye, but it isn’t “the Americans”. Nor is it “SVG”. The “story” below is the American way — gauche. “We,” on the other hand, are more politic. But the stunning absence of principle is the same.

Sure, you can legislate to change a custom, like, say, stoning a woman to death because she was raped. In some cultures, though, uncivilised customs like that can be ordered up on the fancy of a crown prince who would not take a little nuisance like legislation lying down. This could not have been better illustrated than by the barbaric slaughter of the Saudi dissident, Jamal Khashoggi. Khashoggi was a Saudi citizen, journalist and author and wrote true things that displeased the crown prince. He thought it better that he exile himself to the United States of America where he hoped to avoid the thing that got him: death by the Saudi State. Alas, he became a Washington Post Global Opinions (uh, oh) columnist; and it was curtains for writer of the truth.

The United States of America has spent the last 70 years cultivating and preserving a system of global alliances and partnerships that earned them “leader of the free world” mantle. Now, whether by design or merely the result of the chaotic leadership of an amoral and egomaniacal Noo Yawk real estate conman, replete with con children, years of hard work and achievement are being undone. And not slowly, either. Ronald Regan, who first coined, “Let’s make America great again (1980),” is rolling in his grave.

Admits a string of failures, the “real estate tycoon” single talent is to market himself by creating a fake image. A con man’s thing. The truth is, it was his father who crafted — and nursed — the image for him.

Take time and look at the numbers: Ninety per cent of the Republican party has been bamboozled by his reality TV show. Ugh, it is exactly not reality. A seriously craven congressman, Adam Kinzinger (R-Ill.), is one who is bamboozled by Trump’s garish image. A New Yorker staff writer called the US President a serially bankrupt carnival barker.

Watch how Trump teed up Kinzinger. On the butchering, quite literally, of the distinguished journalist, the President of the United States of America shrugged it off with autistic-like apathy, “It is what it is.” What an uncouth and callous brute. Little wonder his newly appointed acting Chief of Staff, Mick Mulvaney, once called the noxious, self-aggrandizing demagogue, “a terrible human being”. Mulvaney probably got the Chief of Staff promotion as a thank you for the “terrible human” euphemism.

For his part, and with a good helping of sycophantic fealty, the shameless louche supported Trump’s morally repugnant proposition that the very rich (the Holy Grail) architect of the brutal crime should go unpunished. Said he thus: “We recognise killing journalists is absolutely evil and despicable, but to completely realign our interests in the Middle East as a result of this, when for instance the Russians kill journalists . . . Turkey imprisons journalists. It’s not a sinless world out there.” Soulless and ungodly opportunism. And the kind of thinking that undermines democracy. The toady was encouraging the leader of the free world to forgo his moral obligation and to follow his worst angels. As if he needs encouraging.

The not-so-tacit suggestion is that American leadership join the bandwagon of other autocrats and demagogues who have gone before — Chavez and Castro among them — and the ones around — Mohammed bin Salman, Putin, Maduro — and ride the wave of craven complicity.

The degenerate American congressman is the face of cognitive dissonance. And he wears it like a badge, too. Cognitive dissonance is the process of holding two mutually exclusive beliefs without noticing the inherent opposition: Recognising that killing journalists is wholly and unreservedly evil and despicable; while, at the same time breezily advocating support for the very thing he finds absolutely evil and despicable. Fire for he, dread.

Couching his depravity as a shared belief, “we recognise” (cognitive consonance), the con man’s acolyte is encouraging other acolytes in the cult who are beholden to the Holy Grail to align their views with the president’s conscienceless exploitation of the (Saudi) dollar. None of the besieged collective in Congress spoke out against Kinzinger’s depravity. Before you come down too hard on “conscienceless exploitation,” you might want consider a wee fact: Saudi-funded lobbyist paid for 500 rooms at Trump’s hotel after the 2016 elections — at an inflated price.

Just to be sure, the crime was not “absolutely evil and despicable”. It was far worse than that.  Earlier, I used “butchering” to describe Khashoggi’s killing because the butchers used a butcher’s tool — a bone saw — to dismembered Khashoggi. Then they dissolved the remains in acid — a reasonable fact in the absence of a body. It was the new model of a stoning.

There would have been a torrent of righteous indignation against this inhuman act of savagery from the animal rights people if it was done to an animal. God, spare me the thought.

Let’s ask the hard questions. What, you suppose, would have been Kinzinger’s position if even a gentler variety was done to his wife? How fitting would that be as Khashoggi went for permission to marry. Or Trump’s if it was done to his Fox News minder, Sean Hannity? How many of those who sing Maduro’s praises would like to live with the “epic political and humanitarian crisis” in Venezuela? So go, nuh. Go to join the thousands fleeing every day. Or who would not send their son to university there? BTW: Three million has fled so far and five more expected to get the hell out. Yet, the sun shines out of Maduro’s ass. Talk about the face of cognitive dissonance.

In fairness to Congress, WaPo’s headline on Dec. 13 was, “Senate votes to condemn Saudi crown prince for Khashoggi killing …” Still, I do not understand why the euphemism. It was a butchering. Pure and simple. And literally.

The headline makes me think that there’s hope yet. But not while the man with no conscience and no moral aspiration is in charge; and not while his cult exists. And certainly not with the likes Kinzinger hanging around.

Supporting consequences on terror and lawlessness is more important than arms sales or PDVSA because democracies will not thrive in a world that demagogues and autocrats and purveyors of lawlessness and terror help create. But try telling that to the receivers of the payola.

Trump made his reason clear for standing with the crown prince despite Khashoggi’s slaughter: Money. Right. Aside from the Trumpian take, why do “we” stand with Maduro in the face of the dire plight of the people who own — and are fleeing — the largest oil reserves in the world?

Saudi arms sale is the tail that wags America; as Venezuela’s money wags “ours;” as predatory loans from Russia and China wags Maduro. For some, values are for nought so long as the dollars flow.

As the demagogue in the White House would say, “SAD!”

5 replies on “Craven complicity: The Saudi Crown Prince, the US, Venezuela, SVG”