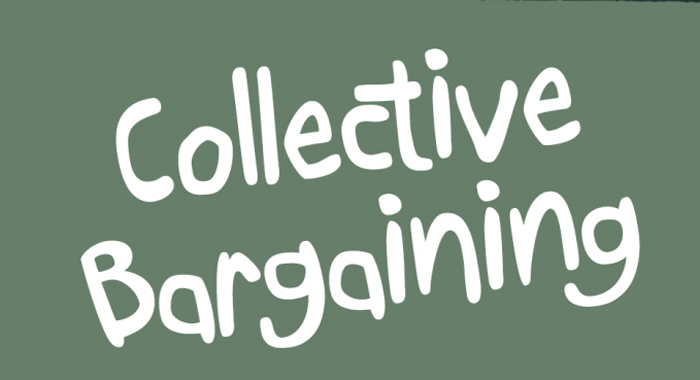 The St. Vincent and the Grenadines Teachers Union is adamant that any new collective agreement with the government must include election leave for teachers.

This is one of the contentious issues over which negotiations of a new collective bargaining agreement broke down a decade ago.

Article 16 of the collective bargaining agreement between the government and the Teachers Union in 2005 contained the election leave provision, which Prime Minister Ralph Gonsalves, who signed on behalf of his government, later said was aspirational.

“A member of the union of at least three years standing shall, on application, be granted leave of absence to contest national, general or local elections. The leave of absence shall be no-pay leave for a period not exceeding six months. In the event that the member is unsuccessful, that member shall return to his or her original post or one of equivalent status, all benefits intact. The resumption of duty must be at the beginning of a school term.”

President of the SVGTU, Wendy Bynoe told a joint press conference by her union and the Public Service Union last Tuesday that the government wants to take out the article but the union wants to retain it.

“… we look at it as national duty,” she said, referring to the options of teachers contesting elections.

“Why would you want to bar the intelligentsia of the nation from contesting in general elections to promote the development of the country?” she said.

In 2010, three teachers, who went on to contest general elections on behalf of the main opposition New Democratic Party, were forced to resign their jobs after the government said Article 16 was aspirational.

Bynoe said the teachers’ union has noticed that when anybody contests elections “from the other side, they get a job back, benefits intact”.

She said that that is where talks broke down in 2008.

Bynoe said that the teachers’ union raised the issue at their annual meeting and members would like it to stay.

“We await the judgement of the case because we had appealed the first decision. This case was heard in July but we are still awaiting judgment on the matter, re election leave. Because our union decided to test it in court, we await the judgment. But we are hoping that that should not stop talks on a collective bargaining agreement. There are other issues that we need to discuss.”

She said that the 2005 agreement stands until there is a new one, adding that she was guessing that everything else is in effect, except election leave.

“The new one is long overdue… We hope that we get a new one because that is what trade unionism is about: collective bargaining agreement… And, as Boucher said, for a labour government we expected better from them.”