NDP anticipates ‘more of the same’ in 2019 Budget 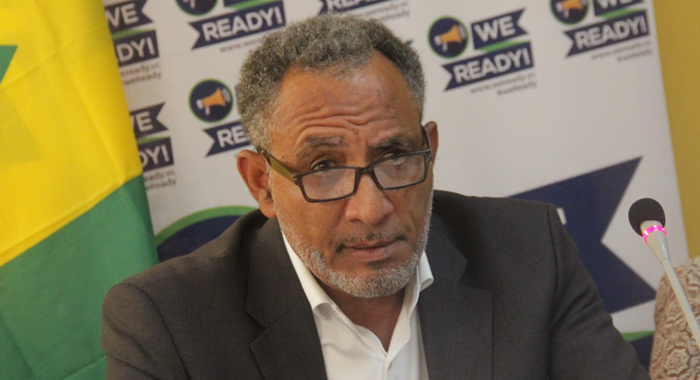 The opposition New Democratic Party (NDP) says it is expecting “more of the same” in the Budget for 2019 which the Unity Labour Party administration is slated to present to Parliament on Feb. 4.

Minister of Finance, Camillo Gonsalves is slated to bring to parliament on Jan. 29, the estimates of Income and Expenditure for 2019.

This will pave the way for the presentation of the fiscal package — his second since becoming finance minister — one week later.

Speaking at an NDP press conference in Kingstown on Monday, Opposition Leader Godwin Friday said he does not know specifically what will be in the Budget or what the government will be offering the people of St. Vincent and the Grenadines.

“Generally, though, I expect it will be more of the same! Old wine in new bottles,” he said.

Friday added:  “What I can promise you is that the opposition will hold the government accountable for what it puts in the Estimates and Budget and what is missing from it.

“Most of all, what has been missing is a credible plan and program to bring about economic growth and development in SVG,” the opposition leader said.

He made it clear that the government should not consider any additional taxes.

“The people cannot bear any more taxes! The last three budgets increased VAT.  The people are crying under the yoke of taxation and unemployment. So, no more.  The government must be more creative in generating revenue. It simply cannot put its hand in people’s pocket every time it wants more money,” Friday said.

In 2018, government lawmakers approved an EC$993,535,449 Budget, which, like the Estimates one week earlier, was presented in the absence of opposition lawmakers, who walked out of Parliament, in protest over the decision by the speaker to allow the government to amend the opposition’s motion of no confidence in the government.

The EC$993.5 million budget represented a 1.7 per cent increase over the approved Budget for 2017 and included the first surplus in years.

The budget reduced the tax burden on Vincentian workers and businesses but imposed a climate resilience levy on visitors, which the opposition opposed.