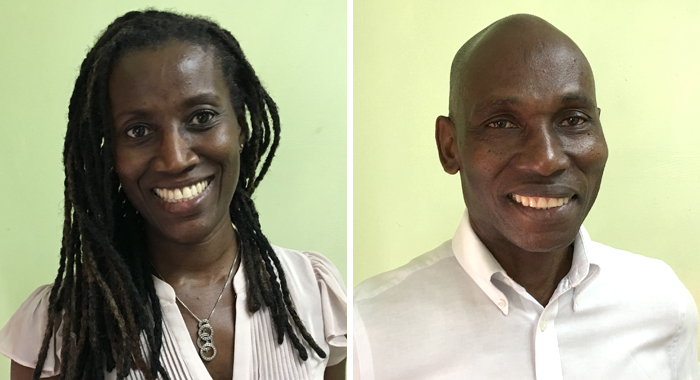 A lawyer who represented the St. Vincent and the Grenadines Teachers’ Union in the “NDP teachers” case says one of the most satisfying things about this week’s Court of Appeal ruling is that initially the local legal fraternity didn’t think their case had a chance.

“We are vindicated,” said Jomo Thomas, whose chambers prosecuted the Unity Labour Party (ULP) government after it refused to honour the election-leave provision of the collective bargaining agreement it signed with the union in 2005.

In 2016, Thomas’ law firm advised its client to appeal the decision of High Court judge Brian Cottle that their case was hopeless.

And last Tuesday the higher court said that Cottle had erred when he made that decision.

The appeal justices further ruled that the election leave provision was not unconstitutional, as Prime Minister Ralph Gonsalves, a signatory to the agreement, had said.

When the High Court ruling was handed down two years ago, Thomas had advised the ruling Unity Labour Party, of which he is a member, not to celebrate.

Thomas, who has represented the ULP in the 2015 elections and was appointed Speaker of the House of Assembly after losing in that race, had further expressed hope that Justice Cottle’s view would not be the last on the case.

“And we were intent on appealing because we were confident of the validity of the claim which we had filed before the court,” he told iWitness News on Thursday.

“On Tuesday, I was sitting on the Speaker’s chair [during the meeting of Parliament] and my colleague came in — we were all anticipating — with a broad smile — she has this distinctive broad smile — two thumbs up,” Thomas said of his junior Shirlan “Zita” Barnwell, who along with Ruggles Fergusson, of Grenada, has actually argued the case before both courts.

“That’s how I knew.  To tell you the truth, I became so jittery after that, I wanted to get off that bench but I had other duties to perform in another area and I did what I had to do,” a still excited Thomas told iWitness News.

“But it is an exceedingly happy movement for me. It is probably one of the biggest cases I would say we prosecuted.”

“This has been a long struggle and we are very much elated that the three teachers, particularly though, Mr. Kenroy Johnson, he was always concerned about his pension and the decision says that their pensions are intact and that was a key issue for all of us…”

The case surrounded Johnson, Addison “Bash” Thomas and Elvis Daniel, three teachers of more than 30 years standing each, who ran on opposition New Democratic Party tickets in the 2010 general elections.

In 2010, relying on the 2005 collective agreement, they applied for election leave, under the deal which said teachers could get up to six months unpaid leave to contest local or national elections and be returned to their post with all benefits if they were unsuccessful.

But the Service Commission Department did not grant or deny the leave, but pointed the men to the Constitution.

And, with nomination day approaching, the teachers decided to resign their post.

They contested the election and lost and were not rehired afterwards.

Barnwell, a former teacher, saw Tuesday’s Appeal Court ruling as “a huge victory for us, for teachers, for St. Vincent and the Grenadines because key to it, we have always argued that the state cannot use the Constitution as a sword.

“Well, use it as a sword and a shield. If the state had won, they are using it to say you can’t get your pension. One can say as a shield to shield itself but if you say as a sword, as a sword to kill off the guys and their pensions and their livelihood.”

Meanwhile, Thomas had long said that it was peculiar that the government was using the Constitution to shield itself from the citizens.

“Had I not been involved in this case and had picked up this decision and read the first paragraph from Justice Baptiste, I would have known that whoever the person was who was defending this claim has some difficulties.”

He read the first paragraph of the decision in which Justice of Appeal Baptiste said:

“It is unremarkable for the citizen to invoke the Constitution as a means of redress in respect of action by the State where it is alleged that rights guaranteed thereunder are being contravened or are threatened with contravention. This case presents the rather remarkable scenario in which the State engages the Constitution to avoid the provisions of article 16 of a collective agreement it entered into with the St. Vincent and the Grenadines Union of Teachers (the “Union”), on the ground that that article is ultra vires the Constitution.”

Thomas said that unlike the Prime Minister’s claim, everyone did not know at the time that the now contentious article was “aspirational” when the collective bargain was signed.

“Because if it was purely aspirational, there is no way that the government would have touted it because it would have been something in the future. It was touted as a major advancement for democracy and workers’ rights in the country, that here we have a government, a workers’ government, saying to a collective bargaining body with which it was engaged, if your members want to get involved, you can get involved.”

“It is distinctive, it is clear, it is unambiguous, and you couldn’t get more pellucid than what article 16 said in the collective bargaining agreement.

“So the judge essentially was saying, in which he rejected the argument of the government, essentially, that the agreement is not ultra vires…” Thomas told iWitness News.