US actions immoral, unethical and illegal 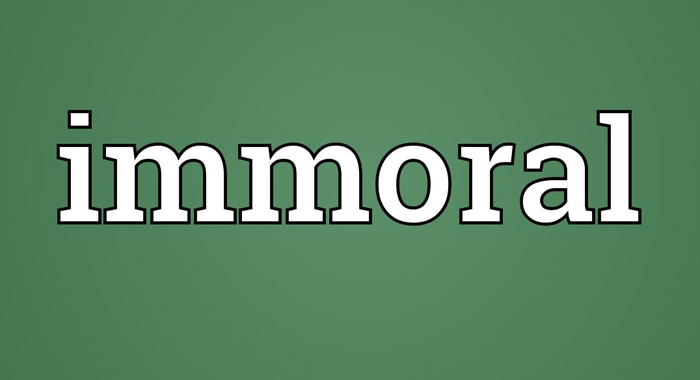 “The US government continues to plague Latin America with misery in the name of liberty.” Simon Bolivar.

Over the last 100 years the United States has turned Latin American into its playground, its backyard in which only yard fowls are allowed. If a leader emerges that asserts self-determination and upholds his country’s right to independence, the United States takes an aggressive stance in an attempt to deform, derail or destroy such an example.

This is precisely what is taking place in Venezuela. The sanctions, embargo and threat of military invasion, as we saw in Cuba, Libya, Iraq, and so many other countries in the world is not about democracy, but about a mad craving for other peoples riches.

In 2002, the George W. Bush administration, through the CIA, aided and abetted an attempted coup in Venezuela in an attempt to overthrow Hugo Chavez’s Bolivarian Revolution. Then the Bush administration worked behind the scenes to back in a coup d’état an anti Chavez opposition with political and financial support. This time around, the Americans and Europeans are opening funding and supporting a military coup or foreign intervention. The United States is leading the regime change effort from in front.

Chávez used Venezuela’s vast oil wealth to eradicate illiteracy and poverty, and to provide education and universal health care. When he died in 2013, President Maduro won the elections and pledged to continue in Chavez’s footsteps. Maduro won again in 2018 following an opposition boycott and the pressures mounted to bring the people and government to their knees.

The naming of Elliott Abrams to oversee the Venezuela operation, the public threats against Venezuelan leaders by John Bolton of “consequences” should they defy the empire and Trump’s own multiple statements that a military option is “on the table” for Venezuela, clearly show that the table is set for regime change.

Opposition leaders, including Guaido have already met with VP Pence, and Trump himself telephoned Guaidó to express U.S. support. If this is what they are doing overtly, we can only imagine the depth of their covert ops in Venezuela.

Before his election, Trump talked about regime change in Venezuela. In late 2017 he broached the subject of invading Venezuela with top White House officials, including former Secretary of State Rex Tillerson and then National Security Advisor HR McMaster. Both men tried to dissuade him. He raised the issue with the president of Colombia at a private dinner during a UN General Assembly meeting. McMaster finally talked Trump out of it. When Bolton displayed a note pad with the words 5,000 troops to Colombia written on it at a Jan. 28 press briefing, was clear his well-placed prop serves as an ominous warning.

On Jan. 28, the Trump administration turned up the economic pressure. It handed over Venezuelan property and assets to the illegitimate Guaido, imposed sanctions against Venezuela that amount to an oil embargo. They also forbid Venezuela’s state-owned oil company from doing business with most US companies. These penalties are projected to deprive Venezuela of US$7 billion in assets, resulting in US$11 billion in export losses during the next year.

Clearly, the sanctions will hurt and seriously harm government’s standing but not ordinary Venezuelans. But this is virtually impossible since 95 per cent of Venezuela’s export revenue comes from oil sold by the state-owned oil company. Cutting off the government’s access to dollars will leave the economy without the hard currency needed to pay for basic necessities. Therefore, starving the Venezuelan economy of its foreign currency earnings risks turning the country’s current humanitarian crisis into a full-blown humanitarian catastrophe.

The United States used the same flawed strategy in 1960 when the Eisenhower administration imposed an embargo on Cuba. A State Department memo had proposed “a line of action that makes the greatest inroads in denying money and supplies to Cuba, to decrease monetary and real wages, to bring about hunger, desperation and the overthrow of the Fidel Castro government”. Although the embargo continues to hurt the Cuban people, it failed in its stated goal.

The US National Lawyers Guild said the US action in Venezuela is illegal under international law. “The shocking aggression and illegal interference against a sovereign nation by the Trump administration is a blatant violation of the charters of the United Nations and Organization of American States, which recognize the principles of national sovereignty, peaceful settlement of disputes, and a prohibition on threatening or using force against the territory of another state.”

Venezuela has the world’s largest oil reserves, and the United States is its biggest customer.

Indeed, the United Nations Charter requires that countries settle their disputes peacefully and forbids the use or threat of force against the territorial integrity or political independence of another country. Military force is only permissible in self-defence or with the assent of the Security Council. Further, the Charter of the Organization of American States (OAS) says no country can intervene, for any reason, in the internal or external affairs of another country.

US imposition of economic sanctions against Venezuela is also illegal. The OAS Charter proscribes the use of coercive economic or political measures to force the sovereign will of another country and obtain any advantages from it.  Idriss Jazairy, a UN special rapporteur concerned with the negative impact of sanctions. “The use of sanctions by outside powers to overthrow an elected government is in violation of all norms of international law.” Jazairy also noted that, precipitating an economic and humanitarian crisis in Venezuela is not a foundation for the peaceful settlement of disputes.

Alfred-Maurice de Zayas a former UN Special Rapporteur says the United States is waging “economic warfare” against Venezuela. Alfred-Maurice de Zayas recommends that the International Criminal Court investigate whether “economic war, embargoes, financial blockades and sanctions regimes amount to geopolitical crimes and crimes against humanity under Article 7 of the Rome Statute. Interestingly, Trump’s sanctions and threats of military invasion are overwhelmingly unpopular in Venezuela. Eighty-six per cent of Venezuelans oppose US military intervention and 81 per cent are against sanctions.

Clearly, the US and its allies do not care how many Venezuelans starve or die. It does not care about democracy, human rights or international law. Washington’s sole concern is to snuff the revolutionary experiment in Caracas and control its resources.

*Jomo Thomas is a lawyer, journalist, social commentator and Speaker of the House of Assembly in St. Vincent and the Grenadines.

8 replies on “US actions immoral, unethical and illegal”