Give back Paget Farm residents their beach 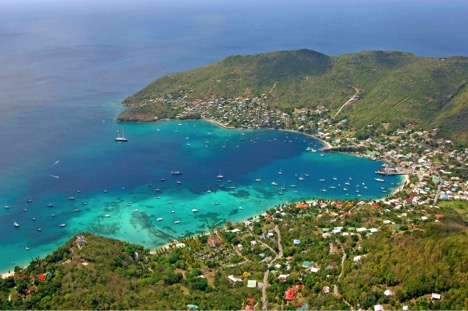 There is a topic on Bequia (St. Vincent and Grenadines, West Indies), which must be broached. The injustices heaped upon this islands’ local people are incessant and many. In this letter, though, I hope to put on the table for our collective consideration just one poignant issue: the erasure of the last remaining beach available for sea-bathing by children and elders in Paget Farm.

Paget Farm, as those of us privileged enough to visit, spend seasons in, or move here know, is Bequia’s primary village home to most of her local and indigenous people. Many in Paget Farm, of Afro-Caribbean and Garifuna heritage, serve as maids, waitresses or labourers in upscale foreign owned businesses and homes in other parts of the island. Many in Paget Farm live with neither plumbing, sufficient tanks to catch rainwater, room enough for any family privacy, the ability to close or lock doors and windows, often no electricity, nor cars. Many in Paget Farm do their service work for the hourly equivalent of .84 GBP, 1 euro, or a few cents above US$1, and thus are unable to live beyond subsistence, if that. Therefore, impossible is improvement to one’s own housing, family diet, or any aspect of life which flourishes inside the walls of those worked for.

As alluded to, there is much here to discuss in other conversations, which I hope will follow. Yet here I hope to make us all aware of the impact of loss of this sea-bathing beach, the only sea-bathing beach, on the residents of Paget Farm. This strip of beach is very humble by standards of the glorious sandy stretches gracing this island, those used by visitors of privilege. This beach sat southwest the village, squeezed between the airport, whose construction awhile back had eliminated most of the original Paget Farm beach, and the exclusive compound known as Moonhole. Some years ago, land was sold and a resort planned in this area, securing most of this beach — that known as Adams Beach, the wider and prettier, tree-lined stretch — for luxury villas, a restaurant, and imported top-layers of white sand.

Two years ago construction was begun. What remained of the local residents’ beach after resort property was cordoned off was a cast off area on the airport end, treeless, and roadside. Still, it was a stretch of sandy beach, something for local children to potentially walk to and their parents and grandparents to dip into each day. As mentioned, very few in Paget Farm have plumbing, or the means to ever achieve it. And as mentioned, many in Paget Farm work long days of tremendous servitude or labour, for pennies. So a sea-bath was a simple reward they could still find in nature, source of solace before or after work. And for local children and families, it was the one place where they could learn to swim and play in gentle waves, or picnic together on their one afternoon weekly of rest, after church.

Tragically, even their cast-off beach now has been ruined by an act of either of unconsciousness, or callousness. In the course of on-going resort-construction just beyond this strip, heaps of rubble, discarded boulders, concrete, gravel and stone cleared by bulldozers, has been dumped there. What was sand has been covered. There is neither sand of any significance to sit on beachside, nor sand of any kind underfoot for young and elder swimmers and bathers. All now is dominated by bulldozed, often jagged, rubble. It reads, to me and to many here, as an act of tremendous disrespect, even cruelty. We can do better than this.

And we must do better than this. Surely there is a way for those of us, probably the majority reading this, to have our needs met (for warmth, beauty, adventure, even comfort) without inflicting blatant violations of dignity on other human beings. And in particular upon those who are our hosts in the parts of the world we travel to.

Let’s give (at the very least) this humble, only-remaining, corner of beach back to its Paget Farm people, restored to its former usability as a place to play, swim and sea-bathe. A starting place would be for the resort owners to undo the damage they did with the dumping of their rubble. And a restoration of the sand, underfoot and at waterside, which disappeared with that dumping. And a planting of shade trees for families who are now separated from those they sat beneath for years.

As those blessed with privilege, relative to many beautiful Bequians born to servitude or poverty, it’s the very least we can do.

15 replies on “Give back Paget Farm residents their beach”