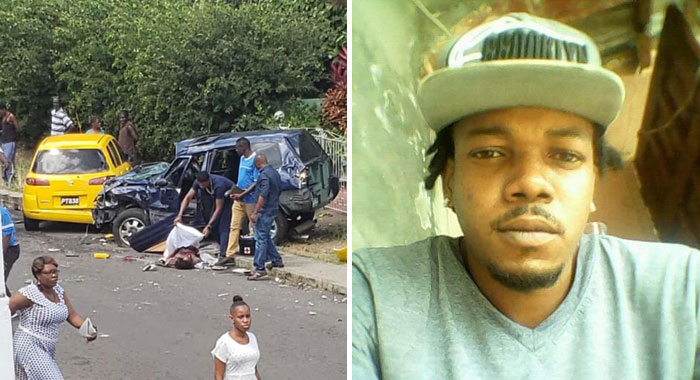 The man who died when an SUV reportedly crashed into a parked vehicle in Fountain, on Sunday, has been identified as Owanie Haynes, 27, of Arnos Vale.

Haynes was a passenger in the vehicle, RL163, a blue Toyota Rav4 which was driven by Xarie Brereton, 26, of Sion Hill, police say.

He died at the scene and the driver and other occupants of the vehicle — Elton Andrews, 26, of Sion Hill and T.J. Castello, a 13-year-old student — were taken to hospital.

The accident occurred shortly before 1 p.m.