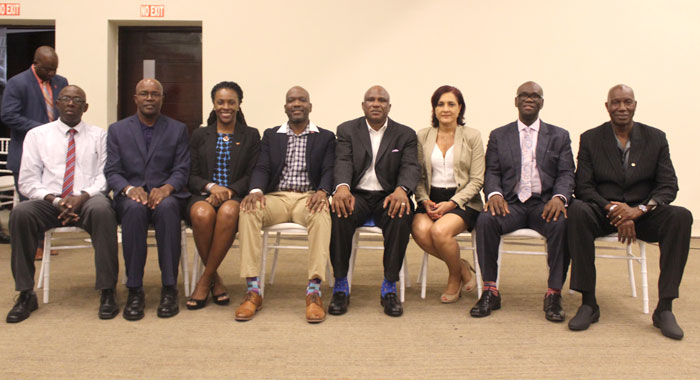 Sabrina Mitchell, president of the Grenadine Zonal Affiliate Bequia Basketball, has been elected once again to serve a four-year term (2019 to 2023) as Secretary of the Regional Basketball Sub-Sub Zone, the Caribbean Basketball Confederation.

Mitchell was elected unopposed in the elective assembly,  the  Dominican Republic on Feb. 9.

She has served in the capacity of CBC Secretary since 2004. Mitchell was also appointed by her regional colleagues as Member at Large on the Sub Zone of FIBA, CONCENCABA, which governs the 31 national federations of Central America and the Caribbean.

Glyne Clarke of Barbados was re-elected president, and Daryll Matthew of Antigua and Barbuda was elected Vice President of Finance and Marketing.

Secretary General of FIBA, Andreas Zagklis, President of FIBA, Horacio Muratore, as well as FIBA Americas President Usie Richards and Fiba Americas Executive Director, Carlos Alves and including 22 of the 23 National Federations of the Caribbean Sub Sub Zone were in attendance at the historic meeting.

President of the SVG Basketball Federation, Wayne Williams was also in attendance.

The FIBA new governance regulations mandates that all national federations must hold their elections by June 30, 2019, to be in compliance with the Internal Regulations of FIBA.

St. Vincent and the Grenadines have yet to have its election for officers to serve in the 2019 to 2023 governance period.