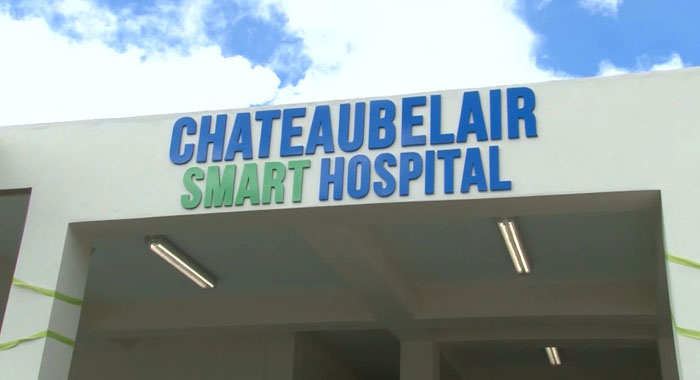 Residents of North Leeward are now better able to access health care services with the completion and handover of the Chateaubelair Smart Hospital and Clinic, which was officially handed over to the government last week.

Permanent Secretary in the Ministry of Health, Wellness and the Environment, Cuthbert Knights, described the Chateaubelair Smart Hospital and Clinic as a “magnificent facility”.

He expressed gratitude to Pan American Health Organization (PAHO and the United Kingdom Department for International Development (DFID) for their support and for “touching the lives of many”.

PAHO Country Supervisor, Alex Williams, explained that initial results of a baseline assessment of the previous hospital were not good.

He said the then hospital scored B on the safety index and 26 per cent on the green elements.  Subsequently, the building has been evaluated and is now at an A with a green score of 84 per cent.

Matthews referred to the previous facility and noted that “comfort was a big issue, especially, for our paediatric and antenatal and post natal clients/patients”.

DFID Representative, Richard Carter, said that “living in the Caribbean, we know we are hit by natural disasters every year and in the event of an emergency, health care facilities to treat the sick and injured are absolutely critical”.

There is a need for more smart health care facilities around the region, Carter stressed.  He noted that St. Vincent and the Grenadines is leading the way under the Smart Hospitals Project across the Caribbean.

PAHO/WHO representative for Barbados and the Eastern Caribbean, Dr. Godfrey Xuereb, stated that the facility should be one where people come to be restored to health rather than being hospitalized.  He noted that with a smart facility the residents must also become smart citizens where the health of the people of Chateaubelair becomes the wealth of the people”.  He also encouraged residents to keep the facility well use it to stay healthy

Minister of Health, Wellness and the Environment, Luke Browne, expressed his pleasure in the completion of the Chateaubelair Smart Hospital and Clinic.  He said the building has received a complete makeover and has a resilient design that will enable it to function during and in the aftermath of natural disasters.

The Minister of Health acknowledged the support of PAHO/WHO, DFID and all those who have worked on the project here in St. Vincent and the Grenadines.

He extended his compliments to the contractor Franco for a job well done.

The completion of the facility is part of the Smart Health Care Facilities in the Caribbean Project-Phase II.  The PAHO/WHO Department of Emergency Preparedness and Disaster Relief implemented the project in partnership with the Ministry of Health, Wellness and the Environment. DFID provided donor support.  The aim of the project is not just to provide health and rehabilitative care but to provide a safer, greener health facility to deliver care in times of disasters.

One reply on “North Leeward gets smart hospital, clinic”