Eutrophication — a silent killer in the environment 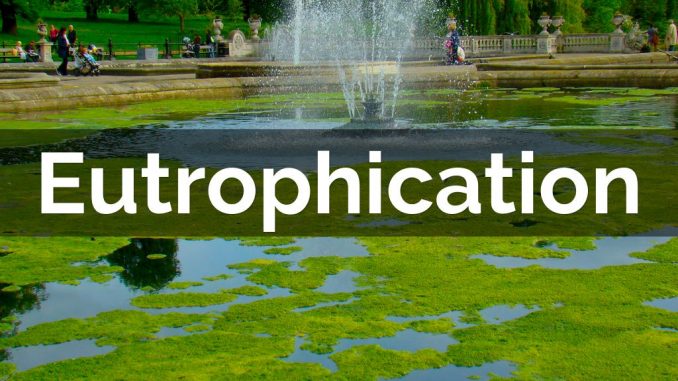 Doctors have deemed diabetes and hypertension as silent killers among humans, if left undetected.

Eutrophication is the abundance of nutrients such as nitrogen and phosphorous which comes from sources including fertilizer run off, sewage, etc, which causes an outbreak of algae, depleting the oxygen in the water, causing marine animals and plants to die, which can further lead to a “dead zone” in the ocean.

Agriculture is the backbone of many countries globally. According to the Food and Agriculture Organization (FAO) more than 60 per cent of the world’s population depends on agriculture for survival. This heavy dependency is causing countries to use a lot of synthetic fertilisers because they release nutrients very quickly for plant growth. While this is good, they are leach away very easy into our streams, fuelling euthrophication.

The construction of pigpens near to streams would compound euthrophication. Pig waste is rich in nitrogen and phosphorous, which is essential for plant growth and development, but if too much enters into our streams, it would cause an outbreak of algae, which would also affect our coral reefs.

Brazil is the third largest pork producer worldwide, which has caused euthrophication of major river basins in the producing regions.

Untreated human sewage is a perfect recipe for euthrophication. The nitrates, phosphates, and organic matter found in human waste serve as a food for algae. According to a report published by UNICEF and the World Health Organization in 2008, 1.2 billion people worldwide live without any sanitation facilities.

In 2018, Florida beaches were under siege with “red tide algae”. This type of algae killed 100 manatees, 12 dolphins, thousands of fish, and 300 sea turtles. It was described by many as a “rotting marine grave yard”.

Scientists believe that in November 2017, two months after hurricane Irma drenched the state, engineers released a mass of water from Florida’s Lake Okeechobee to prevent flooding, those fertilizer rich waters flowed to the ocean and helped fuel “red tide algae”.

Globally, ecotourism generates $77 billion in revenue and makes up 5- 7 per cent of the overall travel and tourism market. Can you imagine the amount of money countries would lose if eutrophication were to kill a lot of marine animals and put them at risk of extinction?

Here are some tips on how to alleviate eutrophication:

• Farmers should do more composting and use less synthetic fertilizers.

• Politicians globally should put measures in place to ensure that untreated waste water from households and businesses are not seeping into any streams or the ocean.

The best treatment for diabetes and hypertension is “prevention”. The ball is in your court, would you be playing your role to prevent eutrophication so that countries globally can achieve the blue economy?