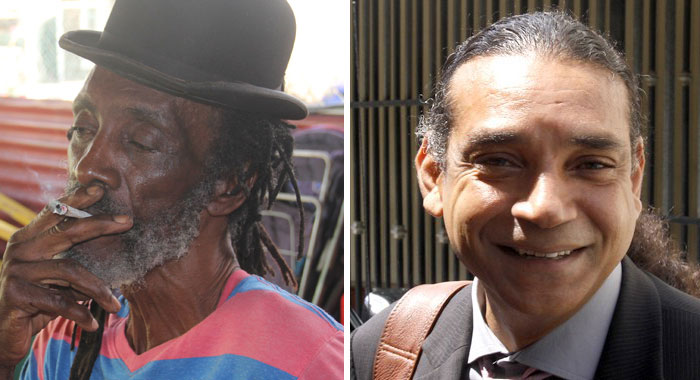 The head of a group advocating on behalf of traditional growers of marijuana is urging farmers not to accept less than EC$300 (approx. US$112) per pound within the medical marijuana industry.

“We are not saying we are not going higher. But we are not going below that. And, under the medical industry, we’re looking for more than that. We will be negotiating but, as it stands now, under the amnesty, it mustn’t go below that,” Junior “Spirit” Cottle, president of the Cannabis Revival Committee (CRC) told iWitness News on Sunday.

The CRC’s position is in contrast to that of Vincy Leaf, a local medicinal cannabis company, which is offering US$50 per pound for marijuana it buys during the amnesty period.

Ronald “Ronnie” Marks, a director of the company, said the price was informed by how much his company can sell its product for in Canada — its intended market.

“It’s oils. It’s not buds, it’s not recreational marijuana,” Marks told iWitness News separately on Sunday, adding that his company has to factor in the cost of processing and securing the cannabis extracts.

He said he fully supports Cottle’s quest to get the best prices for farmers, but said that the activist must be realistic.

In a press statement last week, the CRC called on traditional cultivators of cannabis “to be on the lookout for some foreign investors who want to offer them lower than the unofficial $300 minimum which they have been receiving for one pound of cannabis”.

The statement, signed by Cottle, said that the CRC has received information that some investors have been “attempting to put traditional cultivators against one another by recruiting some Vincentian nationals to act as agents in getting them to arrive at this agreement”.

He said that in some cases, as low as US$50 is being offered to growers.

“A modern cannabis industry demands high standards and compliance from all licensees.  This, in itself, requires a greater level of investment expenditure on the part of our growers, which means less profits in their pockets,” Cottle said in the statement.

“Traditional growers cannot accept such a situation…After suffering extreme hardship from the eradication of our crops and imprisonment by the state, after being robbed by unscrupulous mmiddlemen who credit our crops never to return, and by armed pirates, sometimes losing our loved ones in the process, we call on all farmers to resist such attempts.”

The statement urged traditional farmers to rally around the CRC to negotiate “the best possible deal”.

On Sunday, Cottle told iWitness News that traditional growers of marijuana do not normally accept less than EC$300 for a pound of marijuana

“There are cases you may hear a man might tell you give him $400 a pound,” Cottle said, adding that the basic price of EC$300 a pound has been standard for 20 to 30 years.

He said that his group has discovered that “certain investors” have been offering US$50 per pound for marijuana during the amnesty period.

A marijuana amnesty law passed last year will waive criminal penalties for farmers who can sell illegally grown marijuana to the medical marijuana industry within a specified one-year period.

Cottle noted that during the amnesty period, farmers will not have to abide by the stiff standards that are required by the medical marijuana.

It was pointed out to him that while recreational marijuana might sell for EC$300 a pound, it is not the same thing as medicinal marijuana.

“It is not the same thing, it’s true, but $300 a pound is what is there now. That doesn’t require the rigid standards and compliances that are required under a medical cannabis industry.

“After the amnesty period, the requirements will be more rigid, so naturally, the investment into that industry will be greater, so we will be looking for more returns. But that is left also to be negotiated. And that will be based on the kinds of taxes and the kind of profit investors making. And I think we will have access to that because, guided by the regulations, we will be able to get all that information,” Cottle told iWitness News.

But Marks said that there seems to be “a fundamental misunderstanding as to the illegal market and the medicinal market” for marijuana.

Regarding the factors that inform the setting of the price, Marks said, “the market, obviously” and the price at which marijuana is purchased.

“… because you are not going to buy something for $10 to sell it for $7,” he said, adding that he knows the  struggle that marijuana farmers face.

“I have been involved for 20 years of defending persons who planted marijuana, but it was illegal at that point,” said Marks a lawyer.

“Here’s a scenario: say if I can plant and you are telling me I can produce 1,000 pounds per acre and I am selling you at US$50 per pound. That’s me making US$50,000 every three months. Which farmer going to reduce that?”

Marks said that Cottle’s proposal will price traditional growers out of the market.

“If I tell you that you can have one acre of land and every three months I will put US$50,000 in your hand, which farmer is going to refuse that?” Marks said.