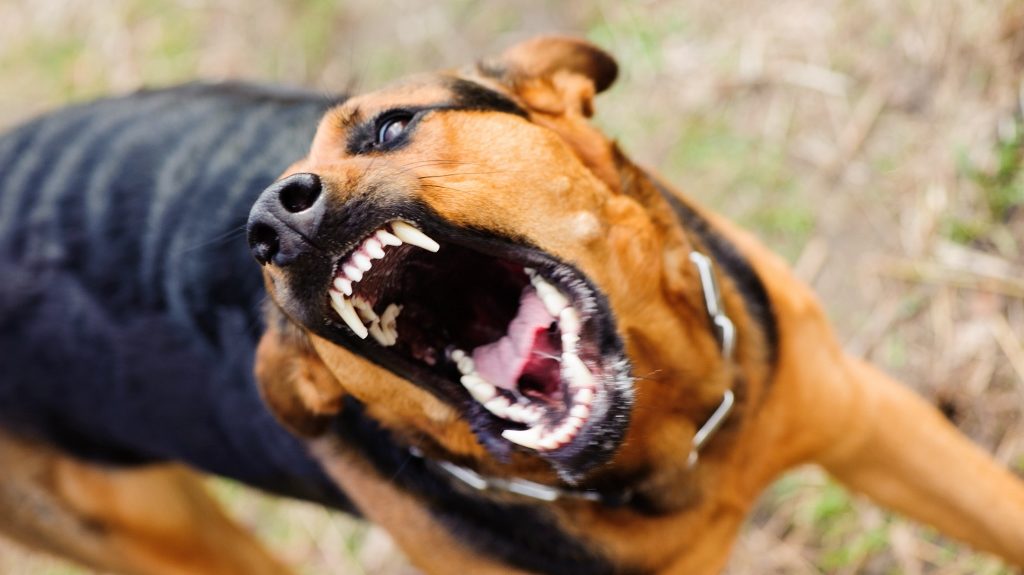 An internet photo of an aggressive dog.

Livestock farmers in St. Vincent continue to suffer as a result of dogs killing their animals.

One of the latest victims is George Joseph, 59, of Ashburton.

On Friday morning, when he returned to his farm in the Ashburton Mountain where he raises sheep as well as plants crops, Joseph met four of his eight sheep dead.

The animals bore the tell-tale signs of a dog attack.

Joseph’s daughter, Shonnette Samuel, told iWitness News that the four sheep were valued EC$1,100, and one of them was pregnant at the time.

It was the second time in recent months that Joseph’s flock was attacked by dogs.

Last December, he lost two sheep during a dog attack.

After that incident, Joseph decided to bring the animals to his house every day, notwithstanding the inconvenience of doing so.

However, in recent weeks, he began leaving the animals at the farm overnight, but had resumed taking them home after the dog attack Thursday night.

Samuel told iWitness News that she had heard of similar dog attacks in Belmont, a neighbouring community.

She said that her father is saddened by the loss of his animals.

“… he has plans for them because he would sell whenever he needs to make some money. That’s all he does: farming. He doesn’t do anything else.

“He has a daughter to send to school still. She is 18. She is going to college. He feels sad about it because when I saw him you could see he feels a bit shaken up about it, because it’s four of them and they were quite big and one of them was making young ones.”

Samuel said she wants the public to know about the incident.

“We just want it to be known to the public so that people can be aware. I think people in the area are not tying their dogs. And it might happen again,” she said.