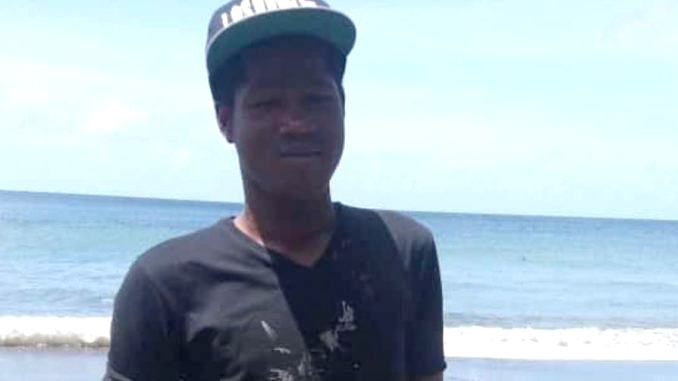 An 18-year-old Ottley Hall man died in hospital on Tuesday after police shot him in his West Kingstown community.

“When the police approached the subject, he shot at the police. The police returned fire injuring him. He was taken to the Milton Cato Memorial Hospital where he subsequently died,” the statement said.

In May 2016, Browne made national headlines after being shot in Upper New Montrose (“Monkey Hill”) and was injured by the holder of a licensed firearm who was defending himself during an attempted robbery.

He had told the media that he was walking along a shortcut to his house when the shooting took place.

He said three masked men had opened fire on him, shooting him in the chin and arm around 10 p.m. on May 5, 2016. But iWitness News was reliably informed that the holder of a licensed firearm, who was defending himself against armed robbers, shot the teenager.

It was not clear if Browne was believed to have been among the would-be robbers or if he was in the wrong place at the wrong time.

A source had told iWitness News that a resident of the Upper New Montrose area who has a licensed firearm opened fire when some men approached him with guns.

The resident then flattened himself on the ground as the men returned fire.

This may have explained why residents of the area claimed to have heard a “shoot out” in the community on the night of the incident.