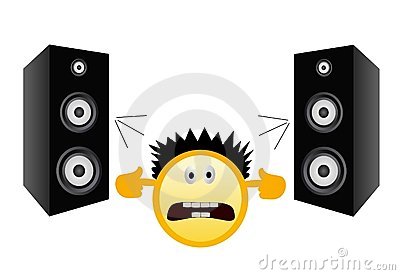 A Langley Park man was, on Monday, fined EC$800 for playing music loudly in a vehicle without permission of the authorities and not wearing his seatbelt.

Magistrate Bertie Pompey, sitting at the Georgetown Magistrate’s Court, ordered Erron Laborde, whom he described as “arrogant” to pay the fines forthwith or go to prison for four months on each charge.

Laborde had pleaded not guilty to the charges and was found guilty after a trial.

Police Inspector Junior Nero told the court he was in the porch of the Georgetown Police Station about 4:35 p.m. on Jan. 17 when he heard loud music coming from motor vehicle H1975.

He signalled to the vehicle to stop and Laborde complied.

Nero pointed out the offence of playing a loud musical instrument to the defendant.

The inspector also noticed that the defendant was not wearing his seatbelt at the time, as is mandated by law.

Laborde also did not have his driver’s license with him at the time, but the police officer decided not to charge him for this offence.

Laborde did not cross-examine the inspector after he testified.

The magistrate then asked him “Why did you plead not guilty then?”

The defendant responded, “‘Cause I am not guilty.”

In his defence, Laborde told the court: “They stopped me. I was wearing a seatbelt. It’s non-adjustable so it is usually in my neck. I have to use my right arm to put it over. I told the officer what I just told you, he said I needed to grow some chest. He said I was playing music. My vehicle came with music”

During cross examination by Prosecutor Corlene Samuel, Laborde insisted that he was wearing his seatbelt.

He said he has been driving for about over 10 years and knows the law in St. Vincent and the Grenadines as it pertains to the wearing of seatbelts.

Laborde kept repeating the prosecutor’s questions and took long pauses before he answered.

In handing down his ruling, Pompey told Laborde: “So you feel because your van comes with music, nobody can regulate you? So you play it as you feel?”

9 replies on “Man fined for loud music, not wearing seatbelt”