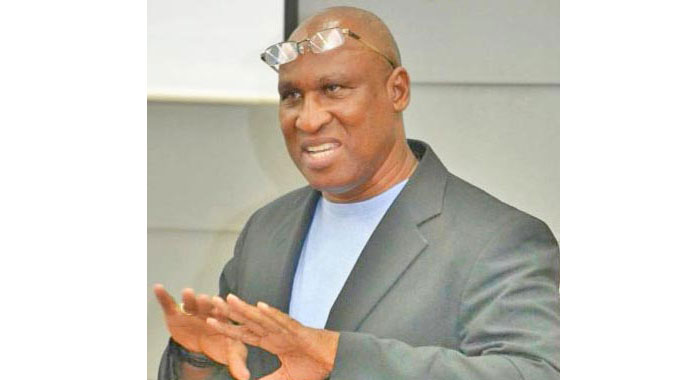 LONDON (CMC) — The London-based Privy Council Monday dismissed an appeal filed by Joseph Ewart Layne, a former member of the People’s Revolutionary Government (PRG) in Grenada, regarding his admittance to practice law as an attorney in Grenada.

By a split decision, the five-member panel of judges said “the fact that Mr. Layne is now a man of good standing in the community is certainly a necessary requirement for the good character condition for admission to the Bar of Grenada to be satisfied, but it is not in itself enough.

“Public confidence in the profession had also to be considered. The judge’s assessment was that there was sufficient risk that it would be damaged by acceding to Mr Layne’s application and so that facet of the good character condition was not met,” the Privy Council said.

The Privy Council, which is Grenada’s highest and final court, said it “concludes that there was no reviewable error in her decision on this matter”.

Lord Sumption, who voted to dismiss the appeal before the Privy Council, noted that the common law has a number of expressions which are used as if they were terms of art, but which have never been clearly defined.

“One of them is ‘of good character’. This protean phrase has been employed in two particular contexts. One is the admissibility of evidence of the ‘good character’ of a party or witness in civil and criminal litigation. The other is the condition of ‘good character’ required by statute of those aspiring to some office or occupation calling for high levels of public trust or integrity.”

He said murder is among the most serious offences in the criminal calendar.

“The elements of the offence presuppose the absence of any of the mitigating factors which might have justified a conviction for manslaughter. Some lesser offences may become less relevant with the lapse of time, especially if they were committed at a time when the offender was young and immature.

“But without ruling out the possibility of an exceptional case justifying a different outcome, I find it difficult to imagine that a criminal conviction for murder could ever be consistent with the status of a barrister,” he added.

Layne had appealed to the Privy Council following the ruling of the Supreme Court of Grenada, upheld by the Court of Appeal of the Eastern Caribbean Supreme Court, regarding his admittance to the Bar of Grenada under section 17(1)(a) of the Legal Profession Act 2011.

The Attorney General had informed the Privy Council that he did not intend to defend the matter before the Board.

Layne was represented by Queen Counsel Edward Fitzgerald, together with Tim Nesbitt QC, Amanda Clift-Matthews, Ruggles Ferguson and Cajeton Hood, all of whom appeared pro bono.

The Privy Council heard that in October 2013, Layne applied to the Supreme Court for admission to practise as an attorney-at-law.

But it heard that Layne had serious previous convictions. The offences on which his convictions are based occurred nearly 40 years ago when he was one of several persons, sometimes collectively called the Grenada 17.

In 1979 there was a coup in Grenada, in which the Grenada 17 were involved. Subsequently, there was a falling out of two factions. Layne was the deputy defence minister and also the operational commander of the People’s Revolutionary Army.

The PRG ended in violence on Oct. 19, 1983. During the violence, 10 people, including Prime Minister, Maurice Bishop, and other members of his cabinet were summarily executed by the PRA.

Layne, with 12 other persons, was convicted in 1986 of their murders. He was sentenced to death, but his sentence was declared unconstitutional. He was resentenced by Justice Belle, who, having considered the evidence, sentenced him to 40 years’ imprisonment.

Layne served 26 years of his sentence before he was released in 2009. While in prison, he obtained an LLB (Honours) and LLM from London University, and a Bachelor of Science degree in applied accounting from Oxford Brookes University in the UK with first class honours.

On Sept. 6, 2013, Layne was awarded the Legal Education Certificate of Merit from the Hugh Wooding Law School of the University of the West Indies.

But when his application for admission came before the Justice Price Findlay, the argument focused on “good character”.

“The judge made it clear that there was no rule automatically barring someone who had been convicted of an offence from practising the law. However, in the assessment of the judge, an applicant with the background of the appellant had to “make an extraordinary showing of rehabilitation and present good moral character”.

The judge held that, while rehabilitation was important, it may not be possible to make a “show of rehabilitation in the face of past serious misconduct”.

The judge had regard to Layne’s youth at the time of the murders — he was only 25 years of age — but held that his leadership responsibilities demonstrated his maturity at that age. The crimes were particularly serious as he was one of those who (while away from the scene) was found to have given the orders to “liquidate” the prime minster and others.

The judge referred to a 1984 case where the Supreme Court of Washington declined to admit a person convicted of second degree murder to the Bar some 30 years previously, despite his successful efforts at rehabilitation. The judge cited other US cases going the other way.

The judge commended Layne for his academic achievements and rehabilitation since the commission of his offences, but said “having reviewed the evidence and taking into account all the relevant considerations, and the authorities in England, the United States, the OECS and other jurisdictions, I am constrained to refuse this application for admission”.

Layne appealed the ruling and the Court of Appeal held that there was overwhelming evidence of rehabilitation and that the appellant was effectively reformed.

The Court of Appeal concluded that there was no basis on which it could properly set aside the judge’s exercise of discretion in this case, and dismissed the appeal.

Lord Kerr, in his dissenting view at the Privy Council, said a judge confronted by an application under section 17 must decide whether, at the time of making the application, the applicant is of good character.

“That assessment must be made by the judge alone. He or she may take into account the impact which past misbehaviour or criminal conduct on the part of the applicant might have on the reputation of the legal profession, but this is a matter for the judgment of the judge, without speculation as to how members of the public might react to the applicant’s admission.

“The judge must not approach the question on the basis that there are some species of past behaviour which are so egregious as to eliminate the possibility of the applicant ever establishing that he is of good character.”

Lord Kerr said that on this account, “I cannot agree with the judge’s view that the appellant’s position can be compared to a practising lawyer convicted of similar crimes of which the appellant was found guilty.

“The suggestion that the judge must be satisfied that the public would as opposed to should have confidence in the candidate’s suitability is misconceived. A lawyer in practice convicted of serious crime rightly forfeits the confidence of the public.

“But a man convicted of serious crime while young and who has demonstrated beyond peradventure his repentance and rehabilitation stands in an entirely different place,” he added.