Woman charged with attempting to smuggle phones into prison 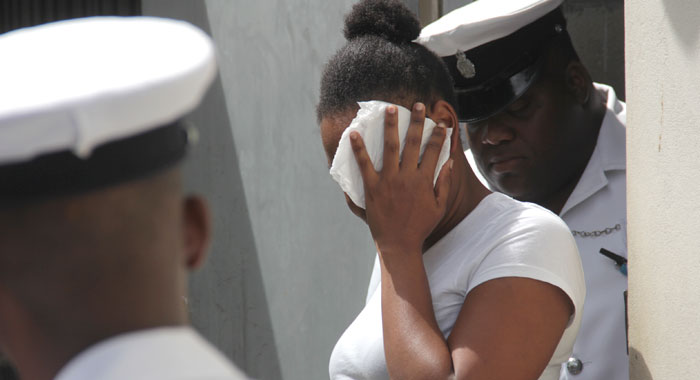 Kamai Jack uses a tissue to hide her face as she leaves the court on Friday. (iWN photo)

A Questelles woman was brought before the Serious Offences Court on Friday, charged with attempting to smuggle two cell phones into the Belle Isle Correctional Facility.

Kamai Jack, 25, is alleged to have committed the crime two days earlier.

She was charged that without lawful authority, she attempted to introduce into the prison two black cell phones which are prohibited articles.

Jack pleaded not guilty to the charge when she appeared before Chief Magistrate Rechanne Browne.

She was granted EC$3,000 bail with one surety and was ordered to report to the Questelles Police Station on Fridays between 6 a.m. and 6 p.m.

iWitness News understands that Jack is in a relationship with a prisoner at the facility.