Ex-cop who had sex with girl, 12, denied bail pending appeal 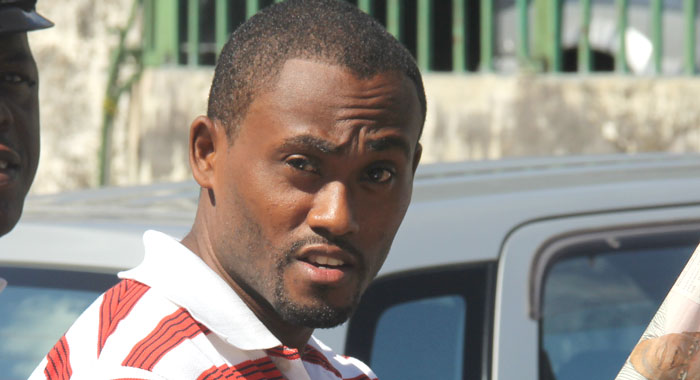 The former cop who was ordered to serve 30 of his 45-year sentence for sex with a 12-year-old girlhas been denied bail pending the hearing of his appeal.

The child, who told the court that she thought she and the then 28-year-old man was in a relationship, said that he had sex with her several other times at a house, including on his birthday.

Noel was busted when he turned up at the girl’s school pretending to be one of the child’s relatives after the school summoned her parents amidst unexplained absences.

The Court of Appeal denied Noel bail during their sitting in Kingstown this past week, telling him he had presented no proof to support his claim that his health was being affected adversely.

Noel represented himself during the hearing, as he did during his trial.

Rose-Ann Richardson, who appeared for the Crown did not object to Noel’s late application to amend the grounds of his appeal.

However, while Noel wanted to add five grounds to his appeal, Justice of Appeal Davidson Baptiste told the prisoner that he was not sure that the five points he had itemised were, in fact, grounds of appeal.

The first additional ground of appeal was that there was no evidence to substantiate the charges.

“The other things you have there are not really grounds. They are comments you have made,” the jurist told Noel.

Richardson agreed with the bench that only the first point of Noel’s additional submission could be considered a ground for appeal.

The court allowed him to amend the appeal to include that ground to his appeal.

Noel had outlined nine other grounds of appeal, including that his sentence is excessive and that the Nov. 13 conviction is unsafe.

Justice Baptiste told him there are certain legal principles which concern applying for bail before appeal.

The appeal court judge further said that Noel had raised the issue of his health without any evidence to support it.

“So we pay no regard to this allegation in support of your bail application,” Justice Baptiste said.

Noel told the court that there were exceptional circumstances, but the jurist maintained that Noel has advanced nothing to the court that would support his claim.

Noel said he could collect a letter from his physician.

Justice Baptiste replied: “When you have a real health problem, you may reapply again but the court order is that the application for bail pending the appeal is dismissed as no exceptional circumstances have been advanced by the appellant in support of the application.”

The other members of the panel were Chief Justice Dame Janice Pereira and Justice of Appeal Louise Blenman.

Last December, High Court Judge Justice Brian Cottle sentenced Noel to 45 years in prison, but ordered that some of the sentences run concurrently, resulting in the man having to serve 30 years — a notional life sentence — in jail.

8 replies on “Ex-cop who had sex with girl, 12, denied bail pending appeal”