A national abattoir is overdue in SVG 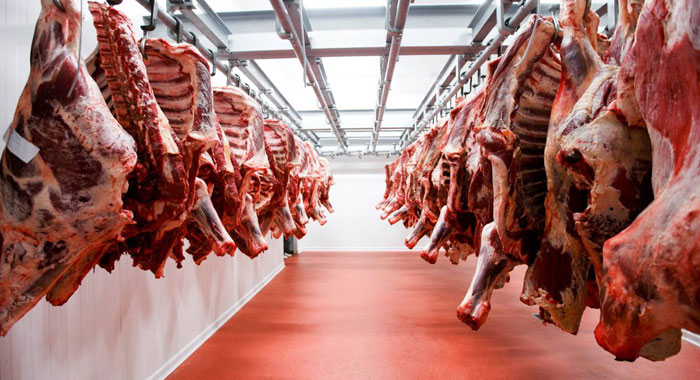 Recently in Parliament, Minister of Agriculture Saboto Caesar spoke to the issue of packaging and branding products such as beef as wild and grass-fed. This, he said, will capture a higher price on the market. I have no reason to doubt the minister. The ULP occupied the government space for the last 17 plus years, are we saying that they were not aware that a value chain, among other things, existed? If they were diligently searching for avenues to enhance our exports, should they not have stumbled on this concept before? Given, the wide-eyed passion in which this information was delivered by the minister, one could surmise that he only just recently realised that such a startling concept existed –children and new toys.

In 2015, Saboto informed Parliament that funds were allocated under the Banana Accompanying Measures (BAM) Project for the construction of an abattoir for butchers throughout the country. When one considers this announcement relative to the present activities and pronouncements of the minster, one may get the sense that ULP development policies are disconnected, and schizophrenic at best.

On March 11, 2013, Saboto informed the Parliament that he had received the plans for the construction of a new meat market “and the sum of 1.5 million euros… have already been allocated to deal with the issue”.  This statement by Saboto came in the wake of concerns raised by butchers at the Kingstown meat market who complained of the unsanitary conditions around the present “temporary”facility.

According to the local butchers, the Kingstown meat market (which was funded by Canada) was destroyed by fire in 2006. As a result, they were moved to the present temporary location. They have been there now – temporarily — for 13 years.  Saboto, in agreeing with the farmers’ concerns, told Parliament that “there are several sanitary issues at the current location which… have arisen primarily because of activities of persons who illegally dump garbage on the premises of the meat market. And the area is also being used for less than desirable purposes.” He knew all of this in 2013, so why are the butchers still at the temporary location in 2019? And where is the promised abattoir?

It’s now 2019 and we are yet to see or hear about the promised national abattoir. What of the allocated 1.5 million euros? This project is going along the line of other ULP promised projects where monies are allocated but no work done and no monies accounted for? In the meantime, however, Saboto has embarked on a programme of live cattle exportation to Grenada, where the animals are slaughtered and marketed under the very same rubric as now being vocalised by him.

This ULP regime has always been opportunistic, and have never given any serious thought to how projects they embarked upon can benefit Vincentians, notwithstanding the strain on the national purse. The primary concern has always been one of political expediency. The more grandiose and costly the project the better. More optics. This is evident in the $33 million fisheries project in Owia, the Cross Country Road, the eco-tourism hotel across the dry river, the tunnel under Cane Garden, the national stadium, the rehabilitation of 2,000 acres of banana and the list goes on. The sale of cattle to Grenada falls within that very same mould.

The policies of Dr. the Hon. Godwin Friday and the New Democratic Party now stand in stark contrast to the operations of the ULP. According to Dr. Friday, all projects must first meet an acid test. If the question “How can this project improve the lives of the Vincentian people?”cannot be properly answered, then that project will be rejected.  For our beloved country to move out of the present economic morass in which we now find ourselves, we must have all hands on deck and put the country first.

The proposal is, therefore, to identify a suitable location in which to construct a national abattoir, where animals will be humanely slaughtered and where the meat cuts will be properly packaged, to satisfy all applicable standards, for export.  Butchers will be trained and certified.  For years Mr. Richard Gibson has been offering his expertise to assist in the training of our butchers.  His offer must be taken on board. We cannot ignore such a fount of knowledge and experience.

We can no longer take our people for granted. We can do better.

9 replies on “A national abattoir is overdue in SVG”